“Where is the utopia?

What time do we have?

Embroidery talks about times past, we are used to seeing embroideries of landscapes or cats, people but not buildings. It makes buildings soft and smooth.

Soft textiles in hard concrete. Confusion, paradox. Lace is reinforcing the concrete. Concrete is very plastic but also fragile. I want to show how concrete can be soft.

I love to look at brutalist architecture.

How do we look at our environment? What is our relation to it? What do we need?” 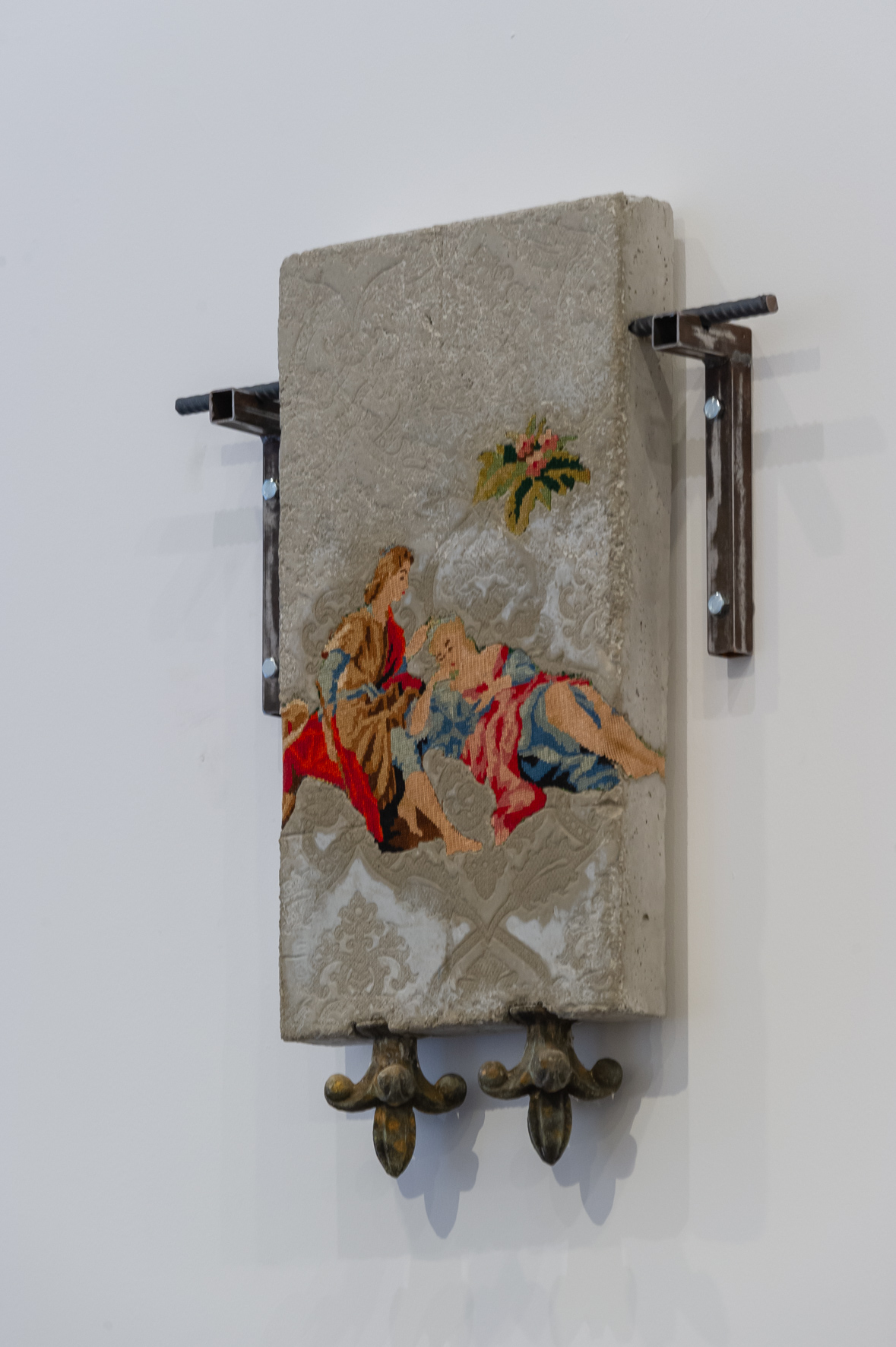 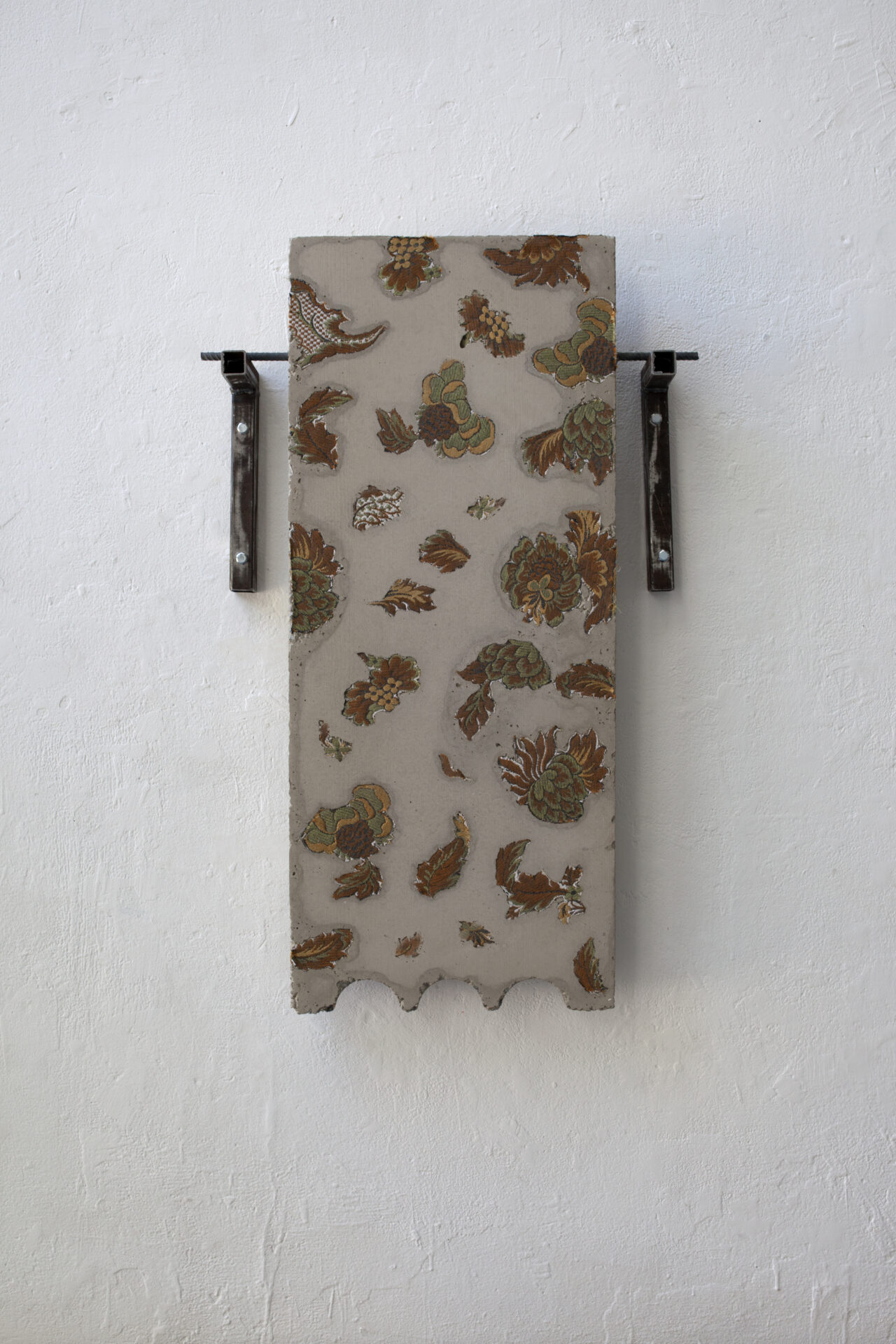 WORDS BY THE AUTHOR / My work is about handicraft, artisanship, beauty and urbanism. I am trying to provide another way to look at our private or public environment with embroideries of buildings and sensible concrete pieces. In our times, I still think handicraft is the key to self-pleasure. We need to keep learning technical skills and craft things. I come from a family working with textiles and that’s how I learn about materials. When I first read William Morris‘ books, I recognized myself and my heritage. Beauty is the key to a peaceful life. We need to get beauty. We need to search for beauty.

I grew up in a big 24-story building in a Parisian suburb. Concrete everywhere. The weather was grey. When I was in the first year of art school, I realized so many things about my environment. I had the chance to live in a beautifully decorated apartment with fabrics my mother took from work. That’s the moment I understood when Morris wrote about happiness being related to beauty. It makes me think that I was lucky. I needed to share it. I needed to show people that buildings are not that bad, not that ugly. So I embroidered buildings on canvas. 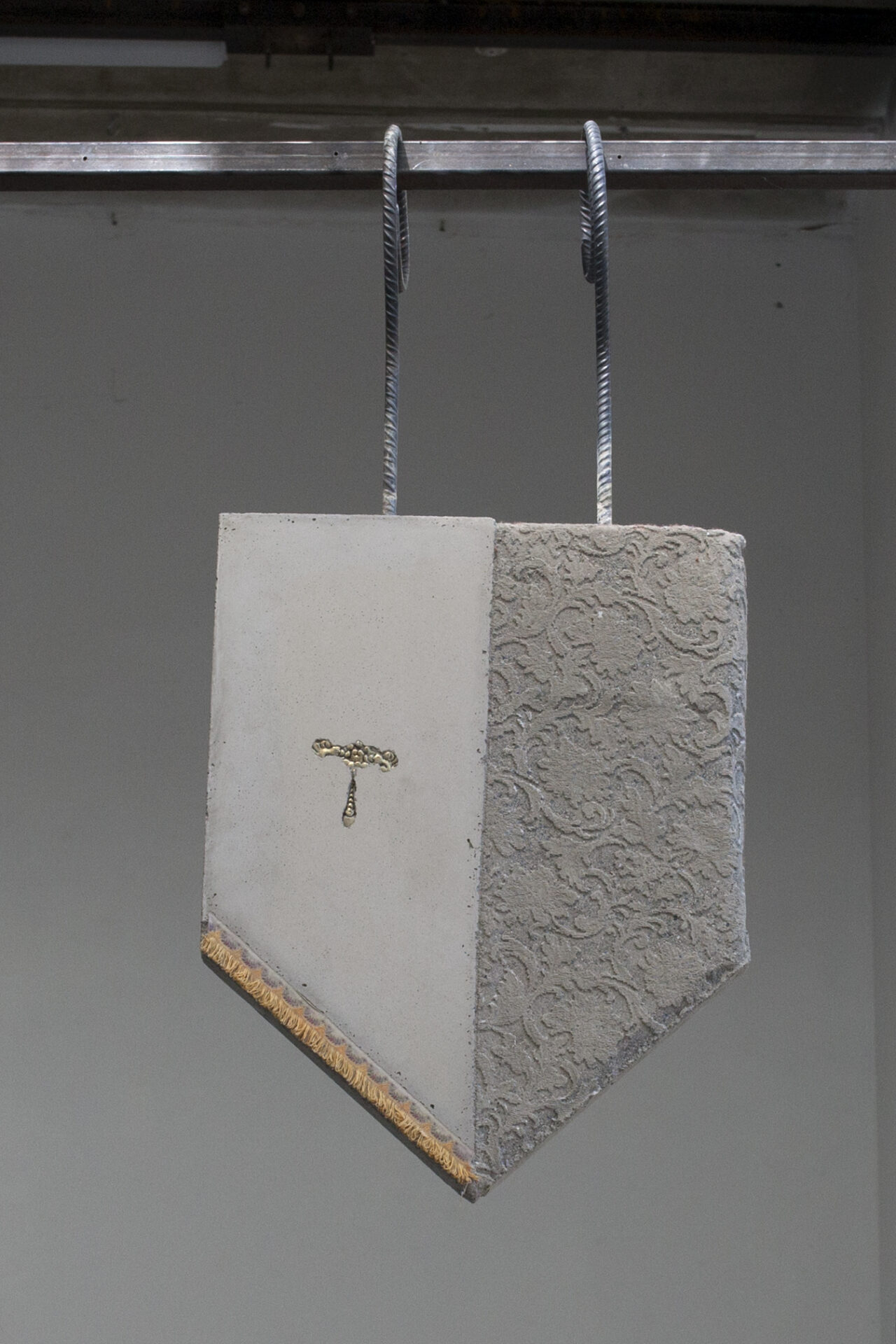 Like I said, my mother is working in the home-decoration tapestry field and with textiles – just like my grandparents in Switzerland – so handiwork is getting increasingly important for me. I learn how to sew, how to make books, illuminated paintings and embroidery. For me, handiwork is so impressive and important in a world where we don’t have time to apply these techniques. That’s why I created a demonstration of textile decorative pieces, as a homage to William Morris‘ work. Everyone should have beauty. Everyone should have access to beauty.

Handicraft in medieval times was so rich. Techniques were good and beautiful. I really love illuminated paintings and books. I learned how to make books and it was a revelation for me to know how to create a thing which became just an object of consumerism, it was so simple.

Every day, I think we should be inspired by ancient ways of production, for us and for the world, to share the richness of ancestor techniques for personal development. I love the design and the medieval-universe inspired world of William Morris‘ flowers and nature, close to Pre-Raphaelite painters, which is just a wonderful way to talk about beauty. Ambitious and critical but exploring the beauty of arts and crafts. 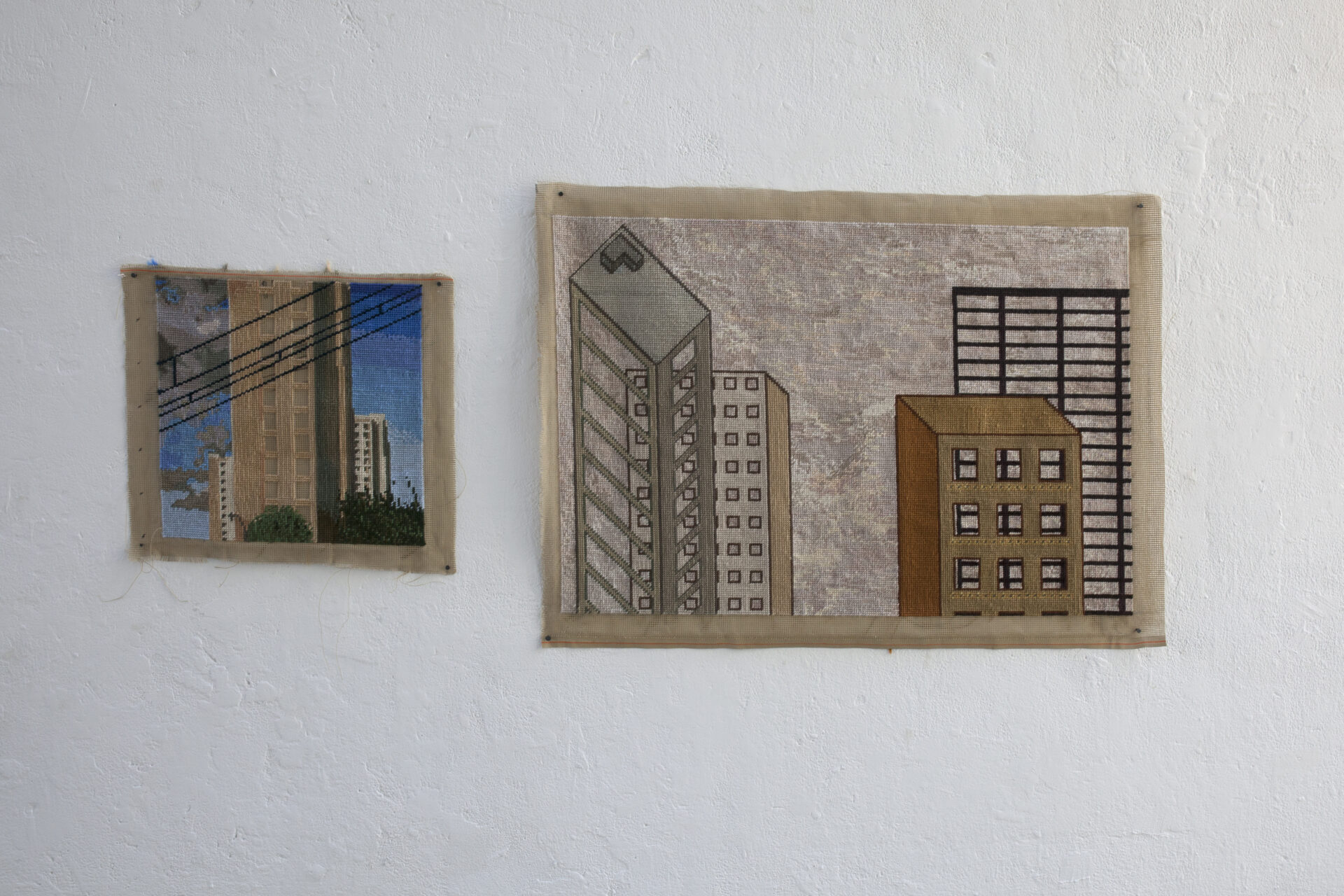 BIO/ Sivager Nina was born in 1994 in Bretigny-sur-Orge near Paris, France, and is of Swiss and French nationality. She graduated from the Aix-en-Provence Fine Art School and grew up in the Parisian suburbs and she now lives in Paris, working as a nanny and an artist. Nina spent her childhood in Malakoff, a communist city that taught her how to approach art as a child, which influenced her decision to attend an art school after a scientific degree in high school. For her, art is not just a job, it is a way to live, a way to think about the world. Even when times are difficult, Nina thinks art needs to be done. For the human spirit.

Growing up in the decorative tapestry environment through her mother’s craft, Nina became interested very early in the issues of craftsmanship, beauty and the social and political issues that run through them. Between embroideries, binding, wallpaper, fabrics and concrete, she tries to question the contemporary relevance of craftsmanship in a society that seems more and more doomed to fast and ephemeral consumption. In this context, learning and working by hand becomes a means of apprehending the craft in relation to our own social behaviours. What defines beauty in relation to its social significance?

Nina is greatly inspired by the writings of William Morris, an artist, architect and textile designer manufacturer who saw a socialist and revolutionary potential in the applied arts by associating aesthetics with utilitarianism. She admires the social utopia of Victor Vasarely through his idea of a “polychrome city of happiness”, and gives much importance to the ideas of Matthew B.Crawford in The Praise of the Carburetor, where he recounts his return to manual work and how important it is in our contemporary societies. Nina brings objects from public areas into the exhibition spaces, and uses indoor objects to open windows to the outside.