s MORE THAN A VASE - Swarm mag
Skip to content 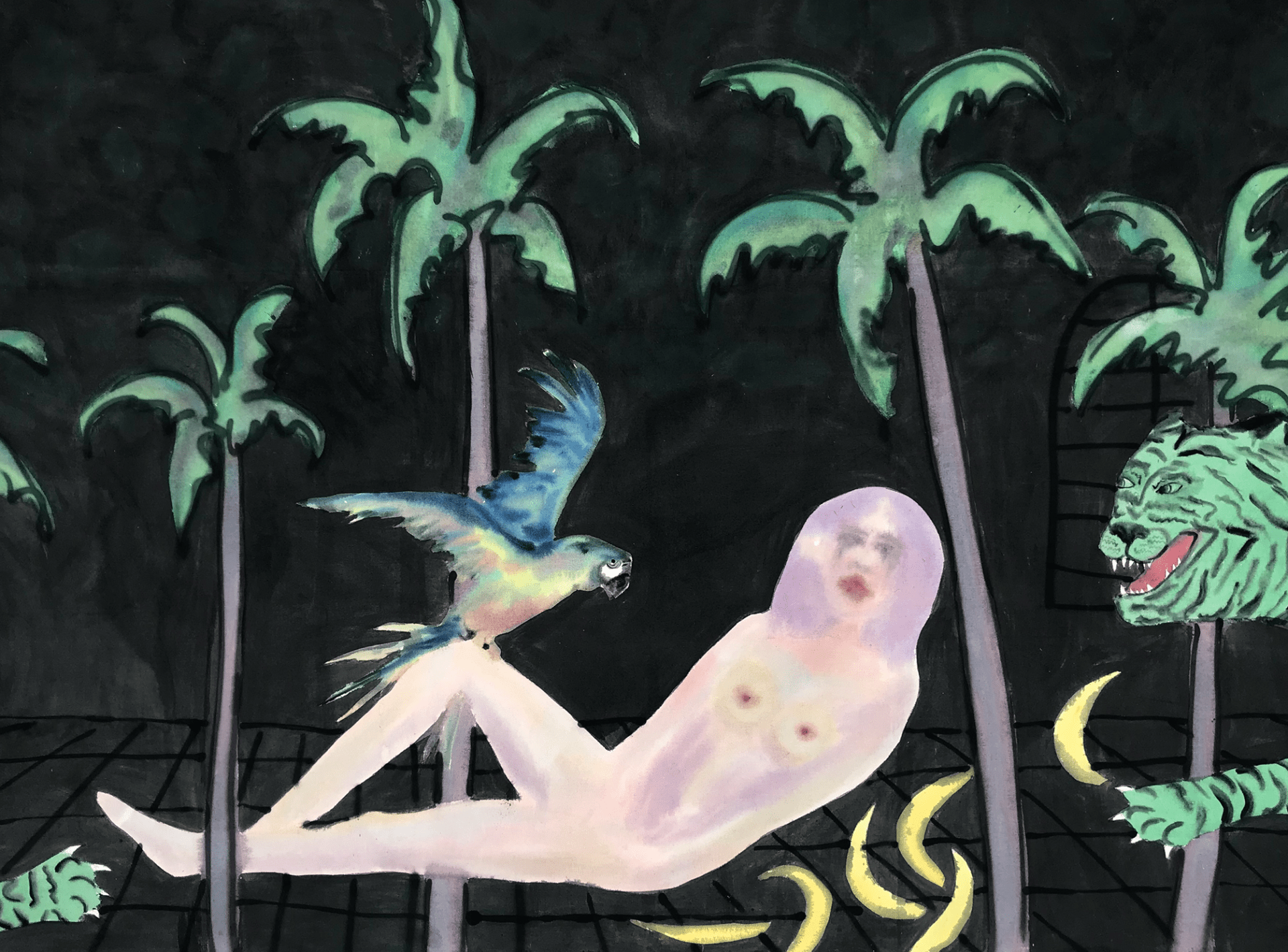 What role does corporeality play in your works? Is it only in regards to the mentioned link to prostitution in Asian countries and objectification, or have you depicted this topic before visiting Asia?

Corporeality started to appear in my paintings only in connection with Southeast Asia, where I started doing small watercolors of girls right on the spot, and later on I also started painting larger pieces in my studio at home. I felt a need to educate myself on this topic after returning and to get it out of my system through my work, and thus emerged the paintings influenced by prostitution and child trafficking in Southeast Asia. 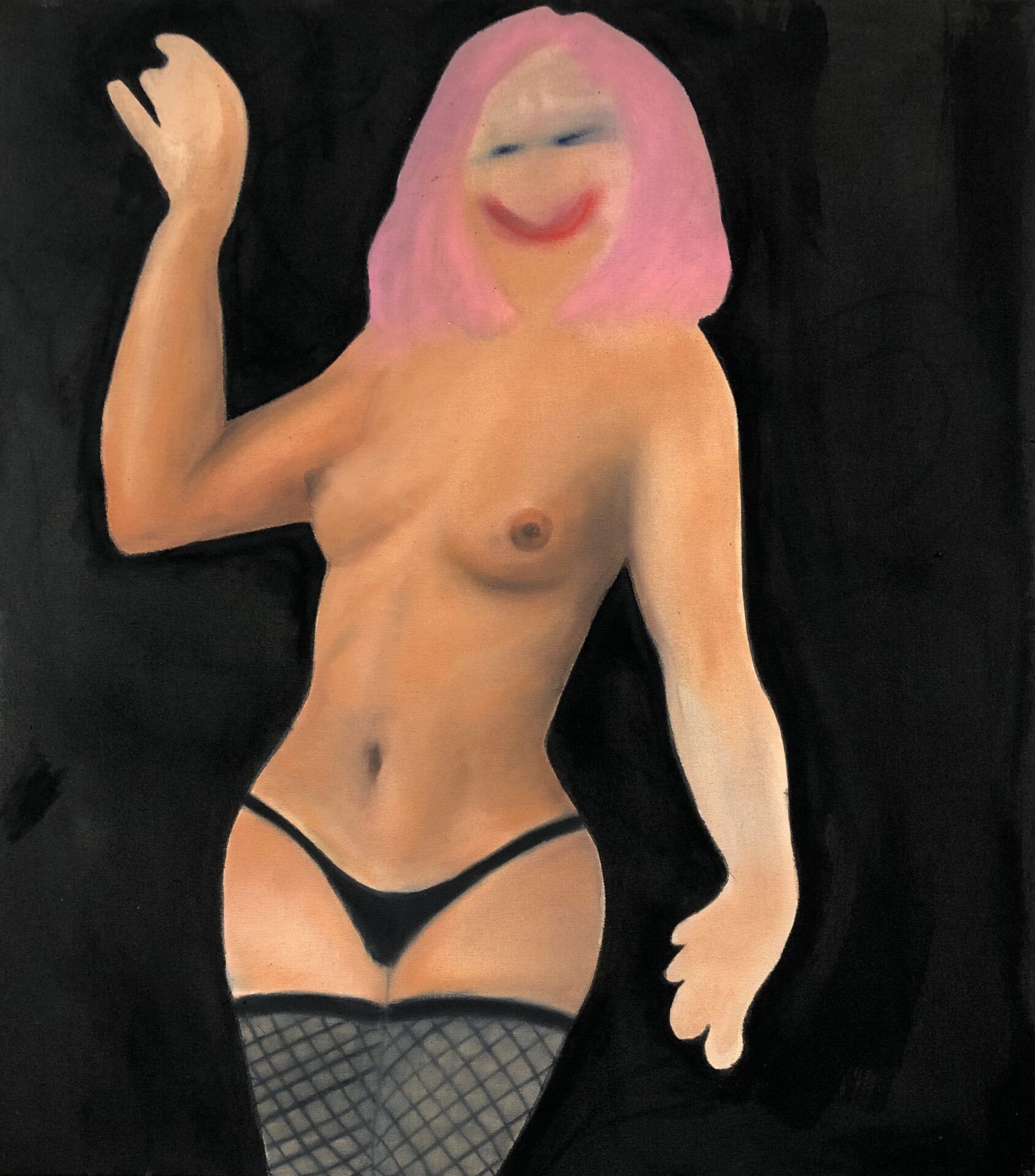 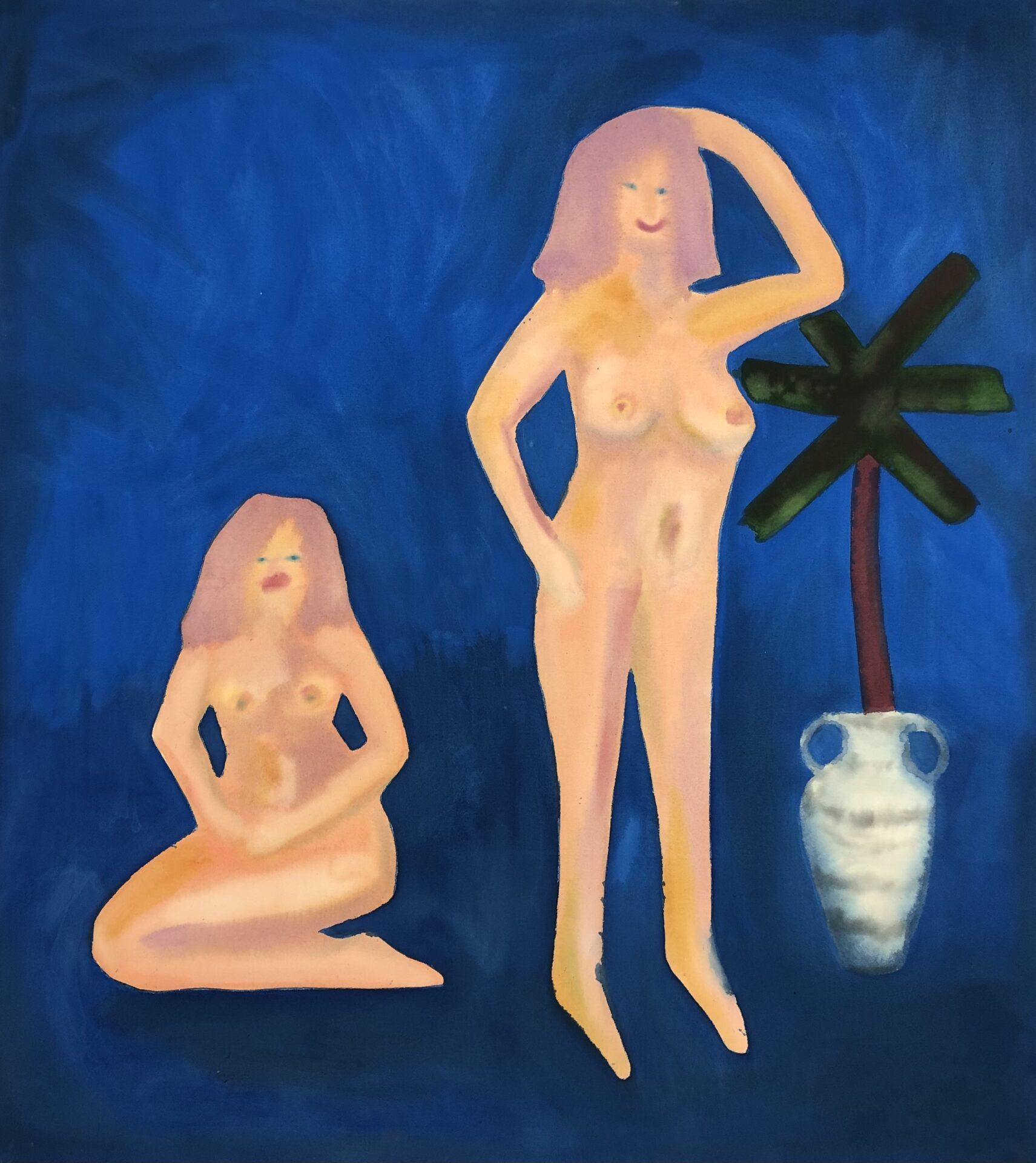 Are the girls in your paintings imaginary, or are they girls and women that you’ve really met and/or dealt with?

Most paintings contain “imaginary” girls inspired by real cases, but for example during the “Let Me Tell You a Story About…” exhibition in Galerie kritiků in December 2020 I did paintings of 6 specific, very young girls that were saved from prostitution in Cambodia between 1995 and 2000, but which soon after their rescue died of AIDS, as during that time they were ill already, the oldest one being just 13 years old.

The vase is a recurrent theme in your works; does it have a larger symbolic meaning?

A vase represents a female body. At the same time, a porcelain vase is very fragile, just as the souls of these young ladies. I started making vases during my internship in Taiwan, where I would go to the city of Yigge where porcelain is made, mapped old pieces in the museum and new ones at markets, and these shapes then influenced my current output. 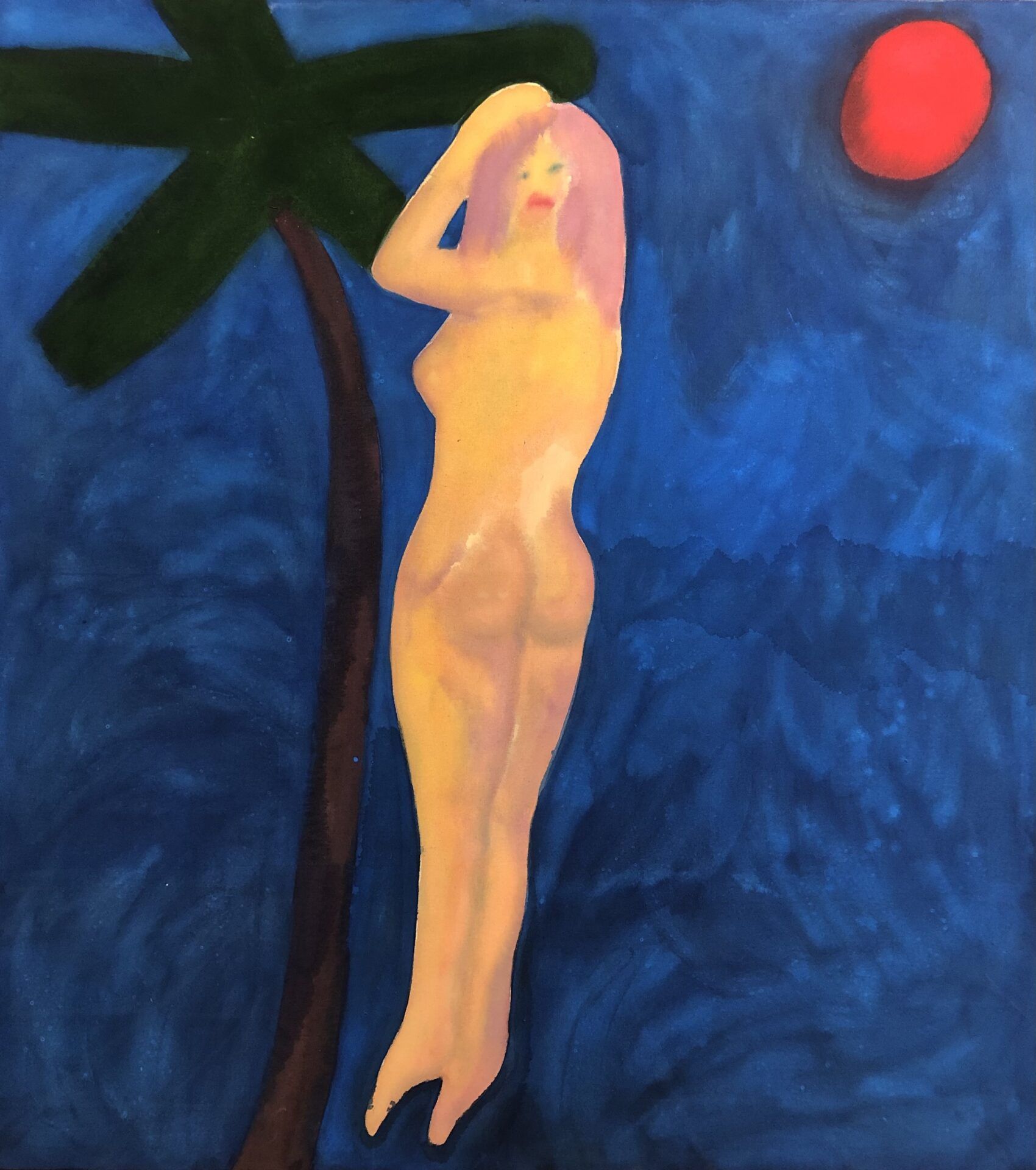 Your technique seems very dreamy and diffused; what style influenced you the most, or how would you categorize your work?

Working with watercolors influenced me a lot, and so did my later experience with silk, which helped me relax my signature style, which up until that point was very rigid; only when my massive, impractical silk paintings kept tearing did I try unchalked canvases, which lead to a similar “effect” and which helped me find my current form of expression which I like the best.

Since this article will come out under the “Heavenly Bodies” theme, how important is perception of the body in the context of today’s society? (modifications, surgeries, face filters…)

Let everyone modify their body as they like, but everything should be done with moderation; perhaps we should talk more about “healing” people’s low self-confidence, which, I think, at least in girls, leads to various surgeries, injections and pointless diet plans. 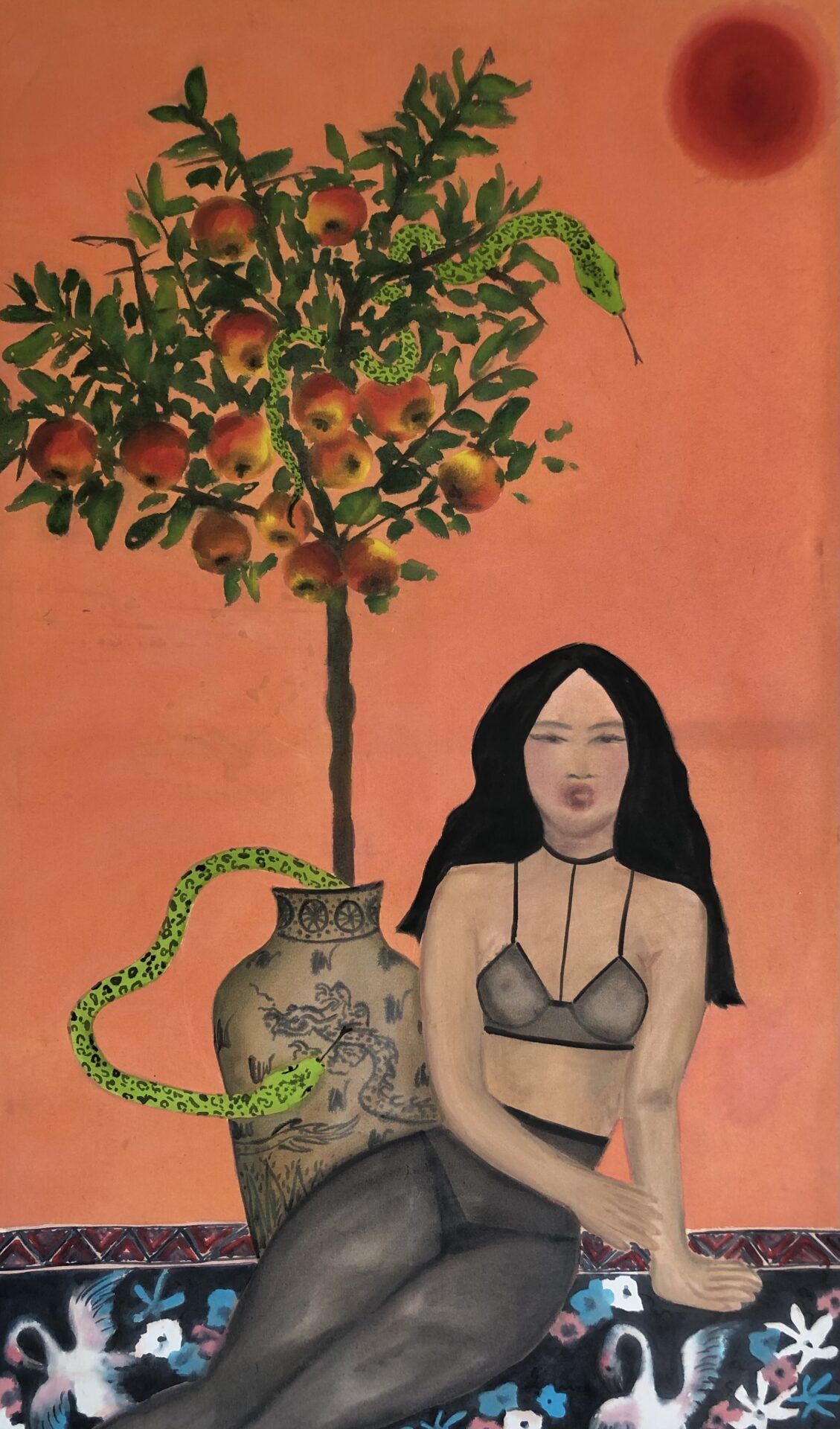 Your “dream girls” are often confronted with wild animals such as snakes, felines or dinosaurs. Are these elements somehow linked to aggressiveness or even stand as some kind of negative energy directed against prostitutes (such as the “male gaze”), or are they their protectors?

Well, to me, tigers in particular symbolize protection, but snakes stand for a torture method used in Cambodia, where pimps put snakes under the clothes of uncooperative girls to torment them. They use nails in a similar manner, hammering them into these girls’ heads, as these are wounds that the clients cannot see. 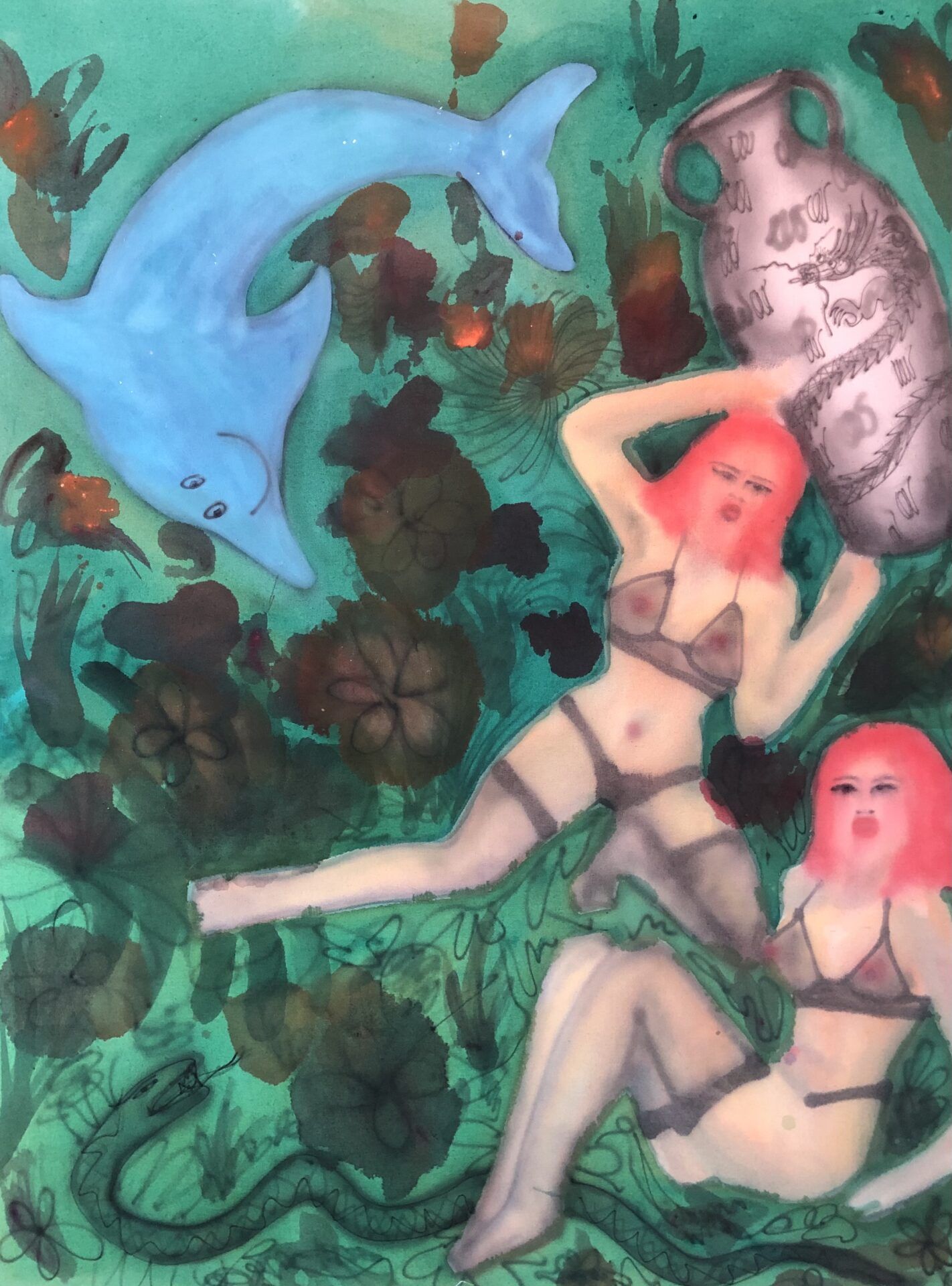 Do you see an influence of your education at J. Bolf’s or M. Mainer’s studio in your current works and style? To what extent do our teachers and mentors affect our creative output?

With Martin Mainer I experimented and discovered a lot, and actually it was his advice to try watercolors on silk, which has led me to my current artistic form. I’ve been studying under Josef Bolf during the second half of my studies and I will be graduating under him. I think that it is very important who teaches you, and doing internships at school and abroad is also very important. All these phases were very important to me. Under Mainer I went to London and under Bolf I went to Taiwan, and now my thesis is due in 2022. 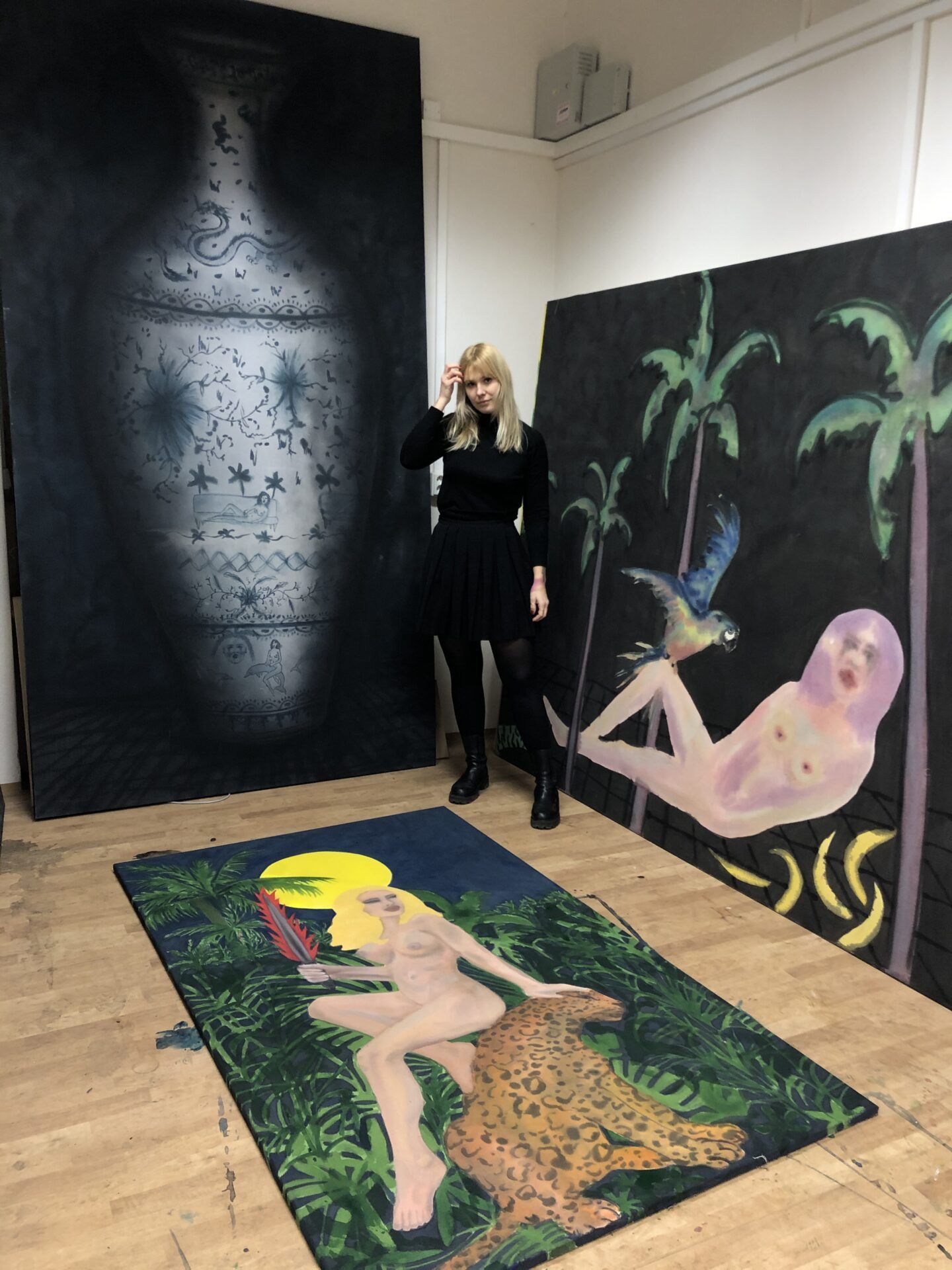 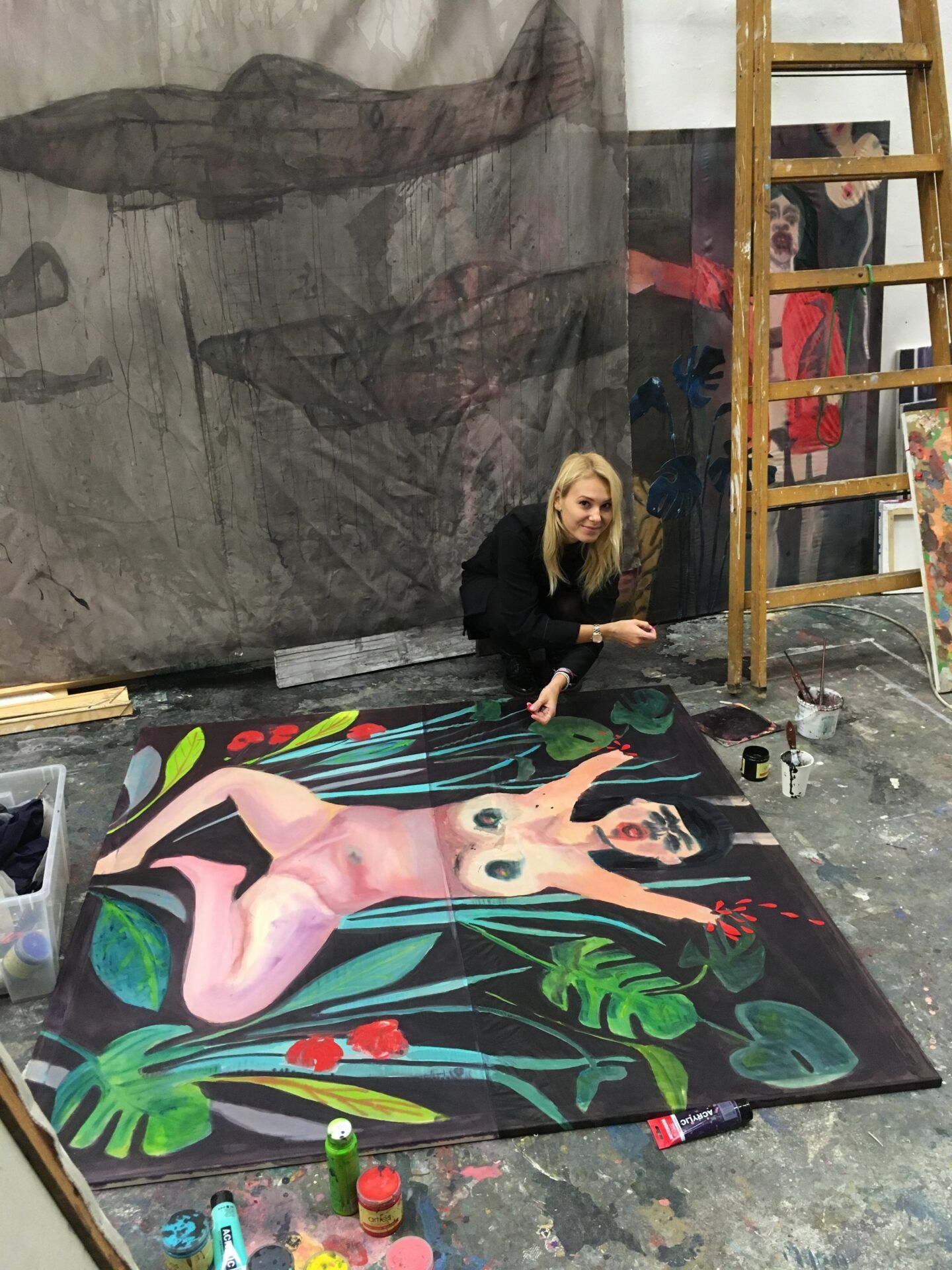 Are you currently planning an exhibition? Are you working on any other projects that might interest our readers?

At this moment I have several works in the Yiri Arts gallery in Taiwan, and now London’s HOFA is preparing an exhibition as well. In my studio I am also currently preparing an exhibition for Prague’s Chemistry gallery, which I will be doing with Jan Spumar and Annemari Vardanyan. All three of us focus on figural painting, but we each have a completely different approach, both in terms of form and content, so it should be an interesting interplay. The opening is on the 4th of August, 2021.

The painter with a foreign-sounding name, Laura Limbourg was born in Antwerp, but grew up in the Czech Republic from an early age. After studying at a private art high school, she continued at the Academy of Fine Arts in Prague, where she first went through the studio of Martin Mainer and is now completing her studies under Josef Bolf.  At the beginning of 2020, she also won the Critics‘ Award for Young Painting, when she was selected by a professional jury from a total of sixty applicants.

A key source of inspiration for Laura was her six-month stay in Southeast Asia. The paintings include exotic jungle plants, religious and cult statues, as well as girls from the streets of Asian cities who are forced to sell their bodies for a living. Limbourg thus underlines the seriousness and prevalence of prostitution, sex tourism and the abuse of (not only) women on the Asian continent. Although Laura explicitly captures naked female bodies, their performance defies an objectifying and sexualizing view. In contrast, she portrays women as strong and confident personalities accompanied by tigers, who represent their protectors. The canvases also contain a number of details and hidden symbolism, which only appears on closer inspection and thus complete the messages and stories of the individual paintings.

Laura paints directly on the canvas, quickly and immediately, without preparatory sketches.  She likes to use diluted acrylic paints, oil pastels or watercolors, the casting and pouring of which frees scenes from literal descriptiveness. The effect of blurred contours, dustiness and a kind of color transparency are also contributed by unwritten canvases or silk, which Laura turns into frames and then covers with a painting, thus creating atypical translucent images.  Her style is sovereign and distinctive, and although her paintings may seem provocative or too explicit at first glance, Limbourg opens up strong and important themes through it that deserve societal attention. 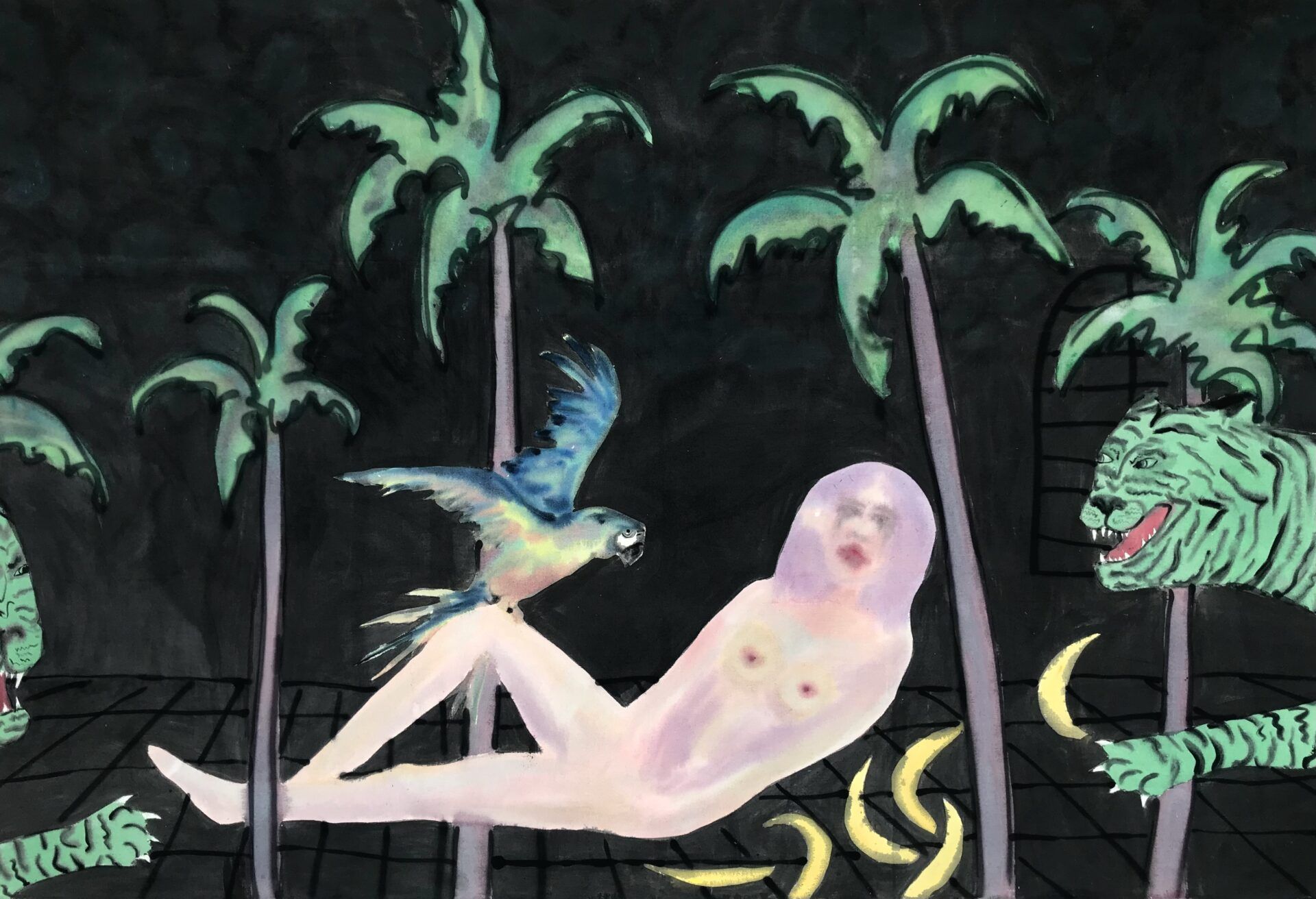