Let’s start with a question connected to our current theme, “Full of Desire”. What do you desire for yourself as an artist, and what would be your ultimate achievement?

I would like to put the smell of Love on clean pillows,

And then say nothing more

And wait for the dawn.

Afterwards, I will open this cupboard to empty it and let the time breathe.

Tomorrow, numb with cold, I will let myself be lulled

Your artwork carries mystical energy and sensual depth. Do you have an endless source of inspiration?

And later when the beauty wakes up

I’ll be around to tell her

That spring is not far

And we all need

To be kissed when we sleep. 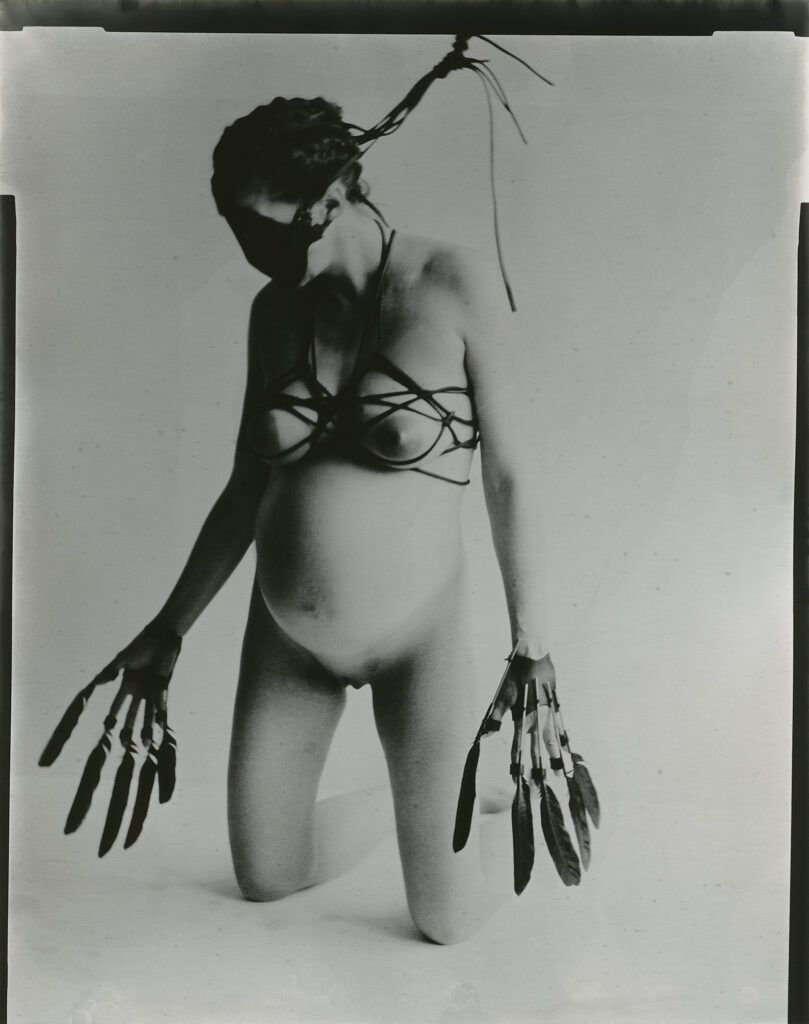 In your work, we find interesting materials used – these include wood, animal horns, leather, silver, human hair and so on. Is there any hidden meaning behind the materials?

There is the experience then the emotion

The door open I breathed better

To find what I had buried

I didn’t know where it was

Too much has happened since.

I tried for a long time to understand

Searching for a horizon

Who can give its opinion.

There will always be a good reason to defend.

Further down the road

I looked at my harvests

Be light and you’ll catch the birds

It’s always better than a cold.

No more petrol at the station

I will surely finish walking.

I want to talk a bit about the process of making the Vegetal Obscenities shoe-objects. I always thought traditional Japanese lacquer was a meditative and long-period rhythmical ritual. What does it mean for you? Can you tell us about the making process?

It’s a story of rhythm and dancing with time and seasons. Urushi is a sap, a kind of vegetable blood, and you have this feeling of sharing something that is alive, a kind of fluid that arises in a very peculiar way. A caress that you apply to objects that are waiting for this sap to coat their epiderm, a kind of vegetal skin that comes to dress these “Obscenities”. Layer after layer the color stratifies and intensifies, it takes time, a time that registers to reveal infinite depths.

Each layer tells me if the light of the color will soon appear. Memory-material where the gesture matches the object and so in a soft half-light, when the time comes, I will be able to see the desire enlighten my dreams. 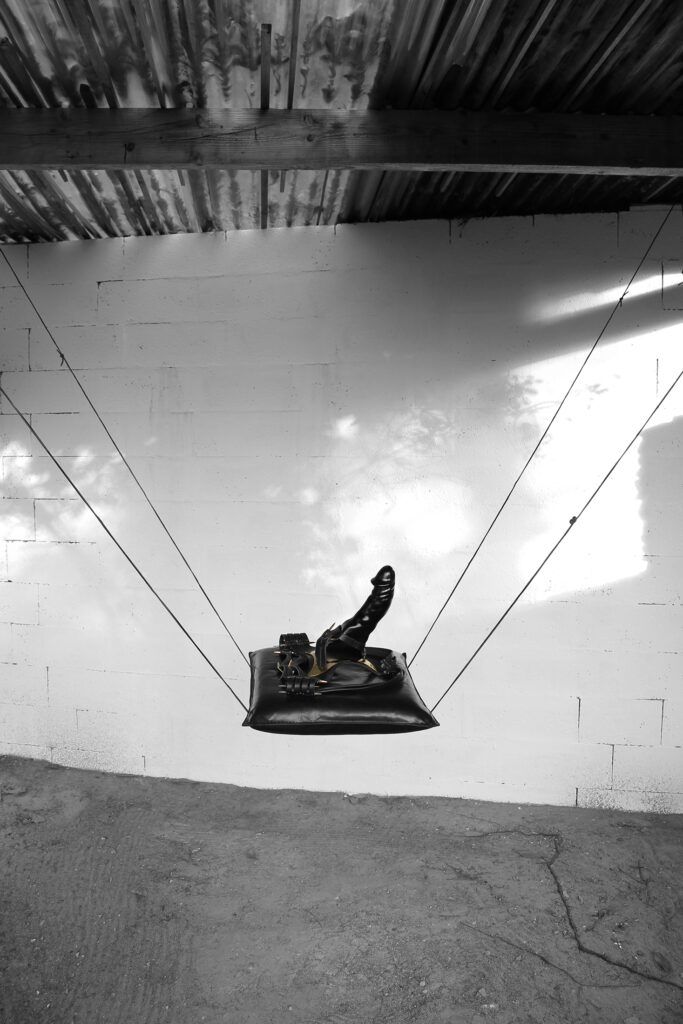 Aoi Kotsuhiroi is a Japanese sculptor, photographer, contemporary artist and designer based in France. She studied at Fine Arts School and her collections are produced in France. She considers herself not a designer but rather an ‘emotional pornographer’. Melding both conceptual art and traditional Japanese techniques, Aoi Kotsuhiroi’s objects are powerful and transcendent. Kotsuhiroi’s work has been shown internationally at Brooklyn Museum (New York), Museum at FIT (New York), Musée des Arts Décoratifs (Paris), Trapholt Museum of Art (Denmark), The Albukerque Museum, Palm Springs Art Museum, Manchester Currier Museum of Art, Pittsburgh Frick Art & Historical Center Museum, SHOW Studio Gallery (London), The M°BA Biennale (Netherlands), among others. Kotsuhiroi’s work has also been included in numerous publications and magazines.

After years of black-and-white illustrations, Alfred Pietroni found his medium in 3D sculpture. His digital fashion collections now span dozens of looks that hark back to Y2K video game aesthetics while envisioning the future of dystopian fashion. Today, Alfred goes into his process and discusses Exile, his fashion brand in the making.
fashioninterview
TOWARDS TERRA
Read more

THE TRIALS OF FLESH

Sessions always involve a lot of laughter. I mean, it's ridiculous what I ask people to do.” DLLCOPE, a self-described “gatherer of bodies, brains, skin, and paint to make images and sounds”, is a Canadian-based artist creating raw diorama-inspired compositions of bodies, paint, and DIY props.
photographyinterview
FULL OF DESIRE
Read more 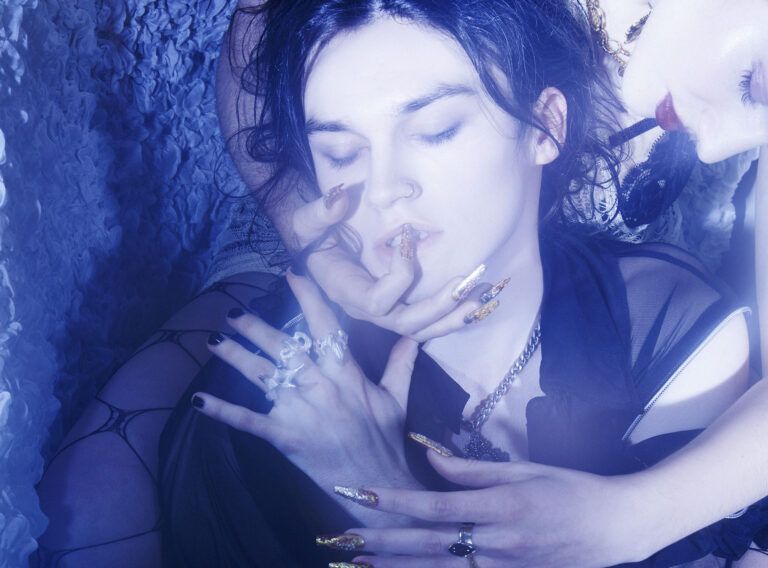 As Jack Handey famously wrote in his book Deep Thoughts: “One thing vampire children are taught is, never run with a wooden stake.” But jokes aside, our editorial for the final 2022 theme, FULL OF DESIRE, is here. We searched far and deep for the epitome of passion, quintessence of insatiable hunger, and undying lust. And who embodies everlasting, immortal cravings better than vampires? Have fun browsing, our little children of the night.
fashioneditorial
FULL OF DESIRE
Read more

Everyone has a different way of tuning out from the bustle of daily life; Sawako Kabuki’s favourite outlet is drawing dozens of cheeky cheeks in every scene unimaginable. The animator and illustrator uses simple color contrasts and juxtaposed proportions for the process’ meditative effect, and this calmness resonates through the pieces despite the naughty subject matter.
illustration
FULL OF DESIRE