By employing themes of witchcraft and female ritualism, the Polish artist Agata Słowak opens the discussion on the historical treatment of women delivered through her unique creative sensibility and a teasing of the viewers’ affect. Today’s interview takes you into how she conveys emotion through visual art and what inspires the scenes she depicts.
interviewart
FULL OF DESIRE

How would you describe the process of creating your artworks, in the sense of storytelling, or emotional emphasis on the viewer?

During the process itself, I don’t think about the broader audience, rather a specific character. It’s more like a flirtation than an attempt to put emotional pressure on unknown people. I first verify the narrative with myself, it’s quite personal. What happens on the canvas is usually a dialogue between me and some specific person from my environment. Sometimes that person is directly depicted and sometimes it’s more of a hidden message or story. After a time, the artwork takes on a life of its own anyway and can often be interpreted in its own way, so I focus on my own emotions. 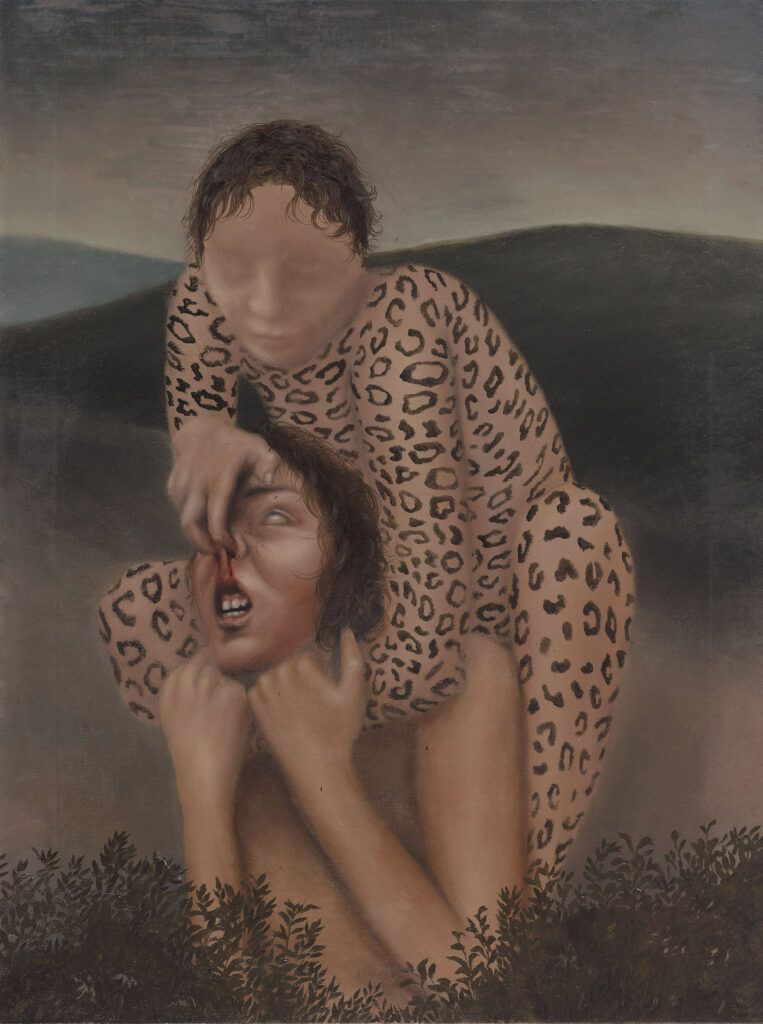 In your work you often depict various rituals and practices that form a cohesion of women’s communities. Why is it so important for you to depict these acts and their magic at this time?

First of all, in the works you are asking about, I use the motifs from the world of witchcraft because of their universality and timelessness. I try to point out the unprocessed moments from history to stimulate thinking about the analogy with contemporary problems, where women are accused and forced into a framework, for example, by the church. How absurd it was to blame women for witchcraft – but aren’t current societies making similar mistakes, just in a different dimension? Maybe it’s something like a willingness to work at the grassroots. Moreover, we need to fight for our own; it seems to me that the voice in matters of exclusion of women and queer people, a problem still present in our part of Europe, should be taken by representatives of these groups, among others bisexual young women.

Your paintings have a cramped, even dramatic atmosphere, as the bodies of the women depicted are often accompanied by, for example, self-harm. How can we perceive this aspect in relation to the role of women in society in the past and now?

Showing women’s pain in my paintings is a metaphor for what is happening in society. It is worth talking about women’s problems, their right to abortion, about proper wages for housework, about equal treatment in professional work, about the fact that the patriarchal pattern is often violent, especially in small circles and so on, but my language is painting, and it is in this way that I would like to point out that not everything has been processed. It seems to me that a painting can have an even stronger message than repeated platitudes. This violent aspect is meant to evoke a sense of wanting to change social attitudes, to draw attention to the pain that has been inflicted on women over the years, both by burning women at the stake and taking away their right to have a say in their own bodies today. 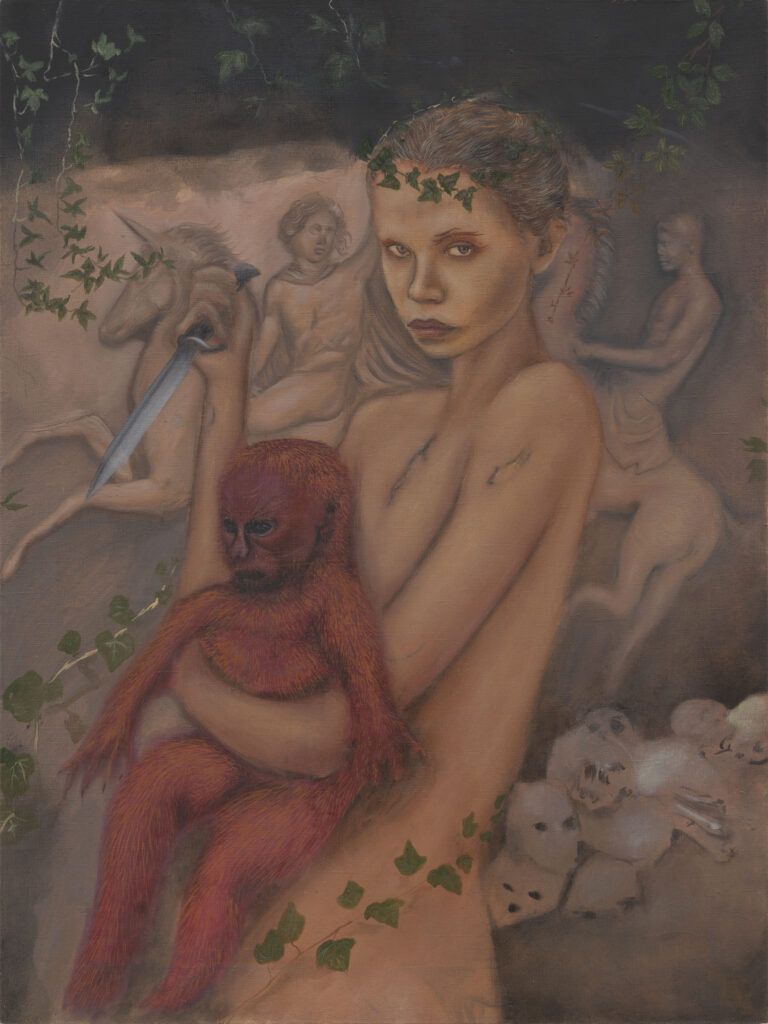 Are the characters you portray based purely on your imagination, or do any of them have a narrative, or are some perhaps people from your daily life?

It is a mix, often they are people to whom I have an emotional relationship and I try to work something out with them (my crushes, my partner, his ex, with whom I have worked out a good relationship through painting, etc.); sometimes I invent figures for the sake of general aesthetics, othertimes I use my own image. It depends on the situation – I almost never make sketches and do not know what the work will look like once finished, so I can include what I am most excited about at the time.

Our current theme is “Full of Desire”, so I’d like to ask you what is your dream goal, or what you desire for yourself as an artist right now, and what would be the ultimate success you would like to achieve?

I see desire as a certain exciting path, a state that is more of a process than the acquisition of a desired goal that comes from our drives. I don’t particularly care about overcoming some barriers in the art market. I hope I don’t lose the excitement that comes from the creative process itself and be able to surprise myself within what makes being an artist possible. Although I treat each painting as a separate story, I would like to do something complex someday, some kind of complex narrative, perhaps to find myself in a medium that maybe is not painting. 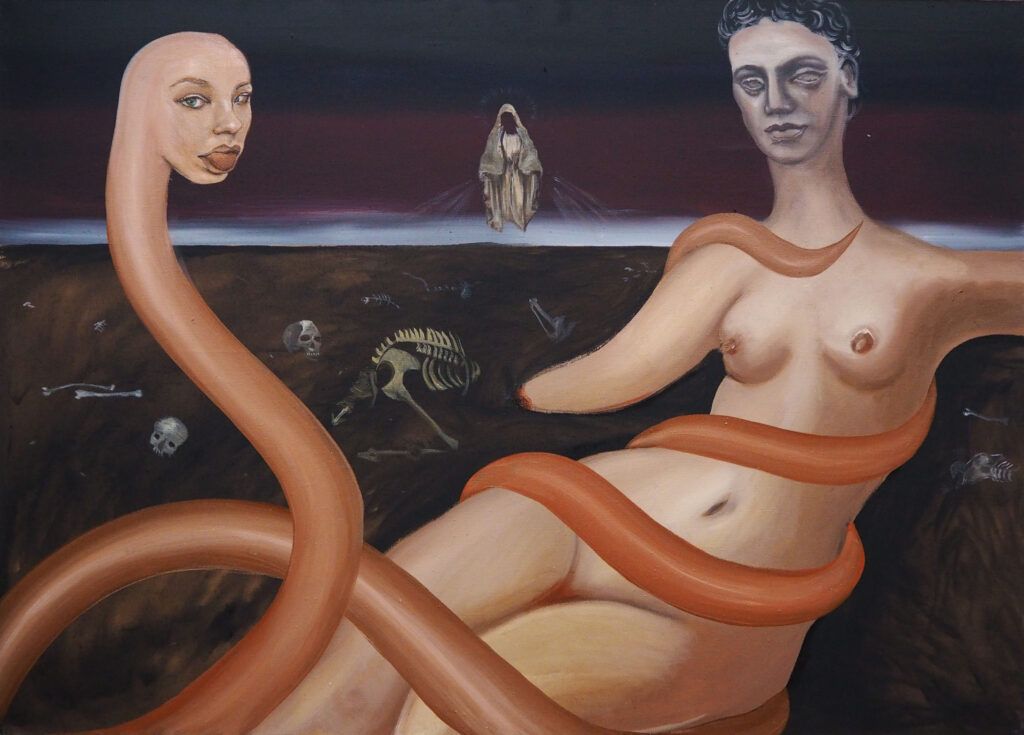 Agata Słowak (b. 1994, Poland) is a visual artist creating oil paintings, spatial objects, and textiles. She completed her studies at the Academy of Fine Arts in Warsaw, where she served as a member of the Commission for Equal Opportunities and Countering Discrimination. Słowak’s work was prominently featured in the exhibition Paint, Also Known as Blood at The Museum of Modern Art in Warsaw in 2019. She has been featured in articles for Artforum, Art Reveal Magazine, Art-agenda, and Blok Magazine. In her work, she engages with autobiographical themes, and issues of anthropology of culture and feminism. She reflects on the role of women in society, the causes for exclusion and the history of madness. She strives to bring out the expressive qualities of the body and to create an anxious mood rife with tensions that escape a clear definition. A recurring motif in Słowak’s art is the role of ritual and magic as alternative forms of conveying knowledge and creating female communities. The space of the canvas becomes a meeting place for animal instincts, dark desires, and carnal drives 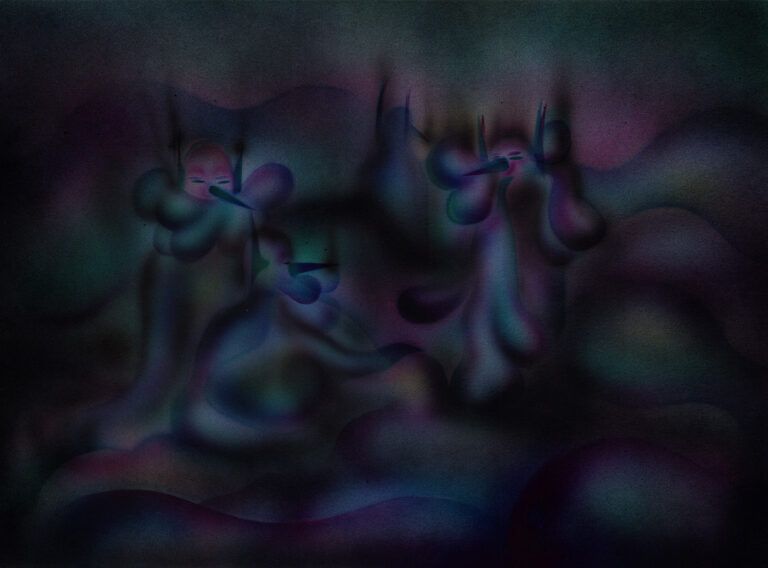 Custom-written for our current theme FULL OF DESIRE, Czech author Zuzana Trachtová presents a string of associative vignettes offering a glimpse into a heart-rending and organic trudge through a body and mind ravaged by heartbreak. Accompanied by illustrations by Eva Maceková. HE'S A DRUG, I'M A WITCH
illustrationwords
FULL OF DESIRE
Read more 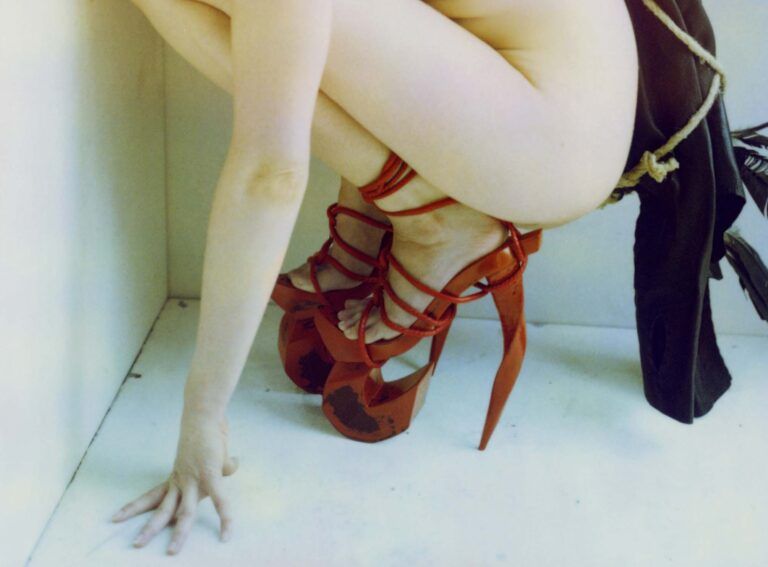 The dreamy, fantasy-adjacent creations of French fashion designer Valeriane Venance invite the viewer into the parallel world of sage matriarchs, women often shunned throughout history. In an interview for SWARM Mag, Valeriane outlines what does “indépendantes de coeur” translate into for her, her inspiration journey, and how does one “sculpt a garment to perfectly marry someone's needs and desires.”
interviewfashion
FULL OF DESIRE
Read more

Polish artist Sebastian Janisiewicz explores in his 3D prints and art the realms and abs of hypermasculine furries and hairy bodies. Inspired by video games and online subcultures, with the perfect digitally-crafted pecs exhibited in physical spaces, his work transcends established notions of gender identity on a search for genuine connections with the beholder.
interviewart
FULL OF DESIRE