THE WEIGHT OF DESTINY

Having shifted from a comics book format to a more traditional approach to painting, Niklas Asker has taken to express with his art the mysterious elements of human existence. His masterful pieces touch on religion, spirituality and a sense of longing, and in today’s interview Niklas divulges his method and background that led to his current style.
artinterview
FAMILY BUSINESS

Artist Statement / Niklas considers the traditional, time-consuming painting techniques he uses as a form of ritual. It’s a conversation with history but also a tool for carefully digging into the subconscious. Painting is a kind of excavation. His focus during the last few years has been to examine the blurry border between the figurative and the abstract and how the two can merge to create new visual expressions. 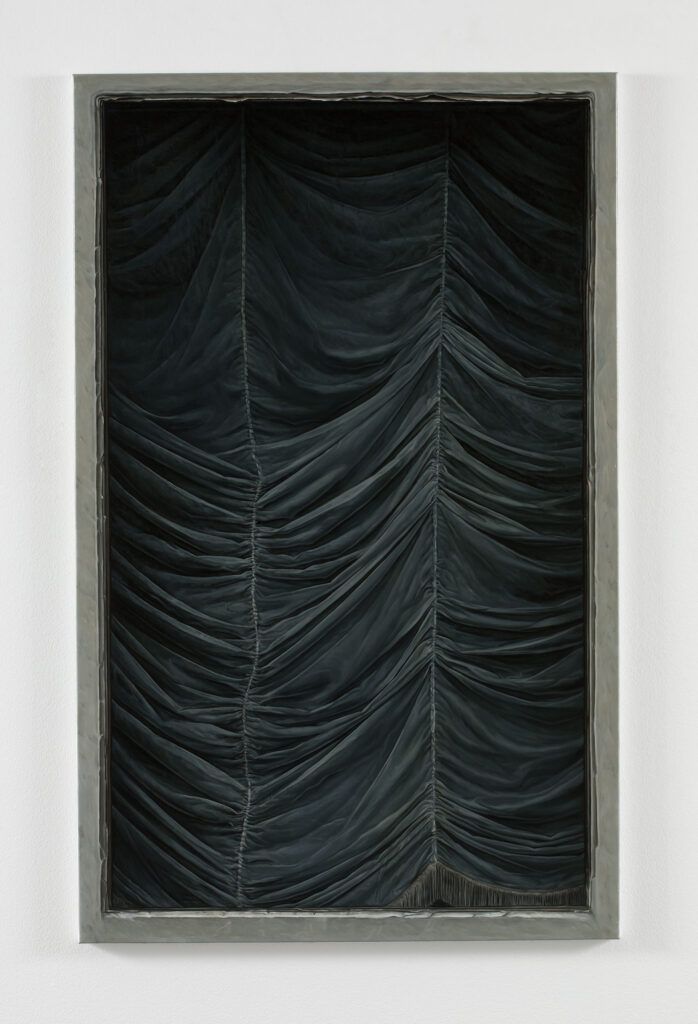 How would you describe the process of creating your artworks? In the sense of choosing the format, theme and the colour palette that is so specific to you.

It’s very simple and very complicated at the same time. Basically I’m interested in the history of image-making and I react to the images I see from history. In particular, I’m very interested in the birth of oil painting, and that has led me down a path of studying a lot of religious imagery, because a lot of the early oil paintings were commissioned by the church. I’m not religious (even though some might call me spiritual) and not very interested in any particular deity or religion, but what fascinates me is the constant human search for meaning and a higher purpose. Some find religion. I found art.

This all leads to my images being inspired by the sacral expressions, the weight of destiny and the feeling of longing that many religious (and I’m talking mostly about western Christianity here) artworks share. Other than that I’m just trying to create the images that I want to see and can’t find anywhere. And although I use references from art history a lot I consider my images deeply personal. They are parts of me and the format, composition and color palette are very important to me and somehow reflect me as a person. There’s darkness there, but also beauty and hope. 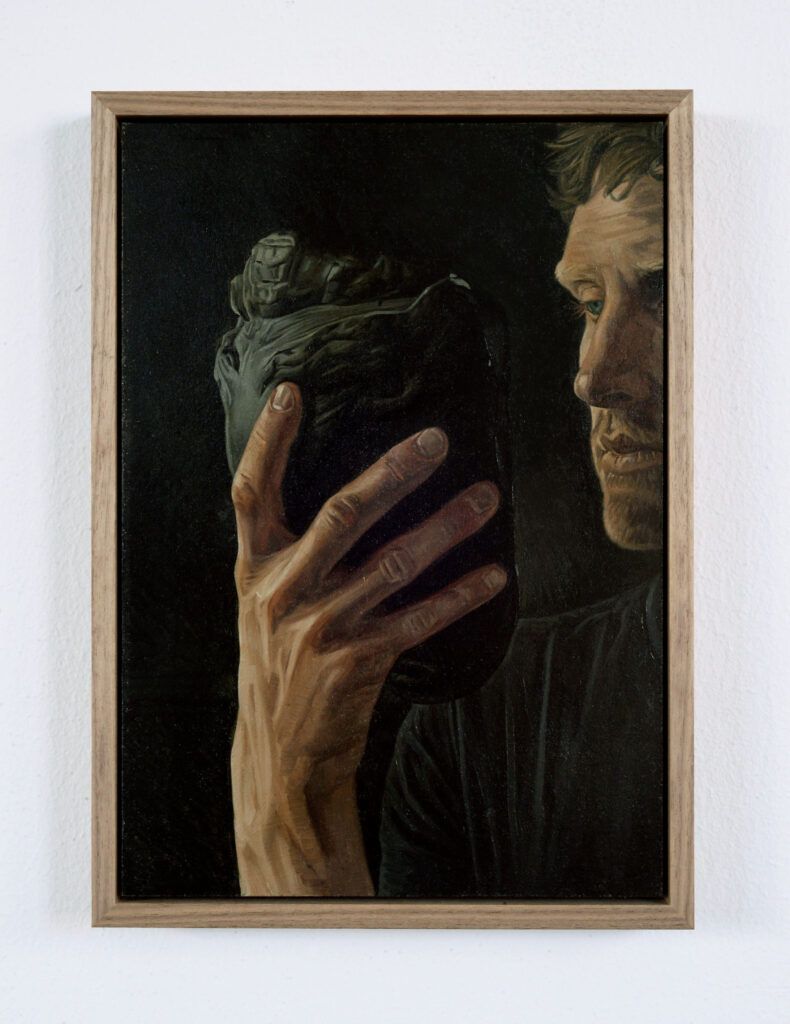 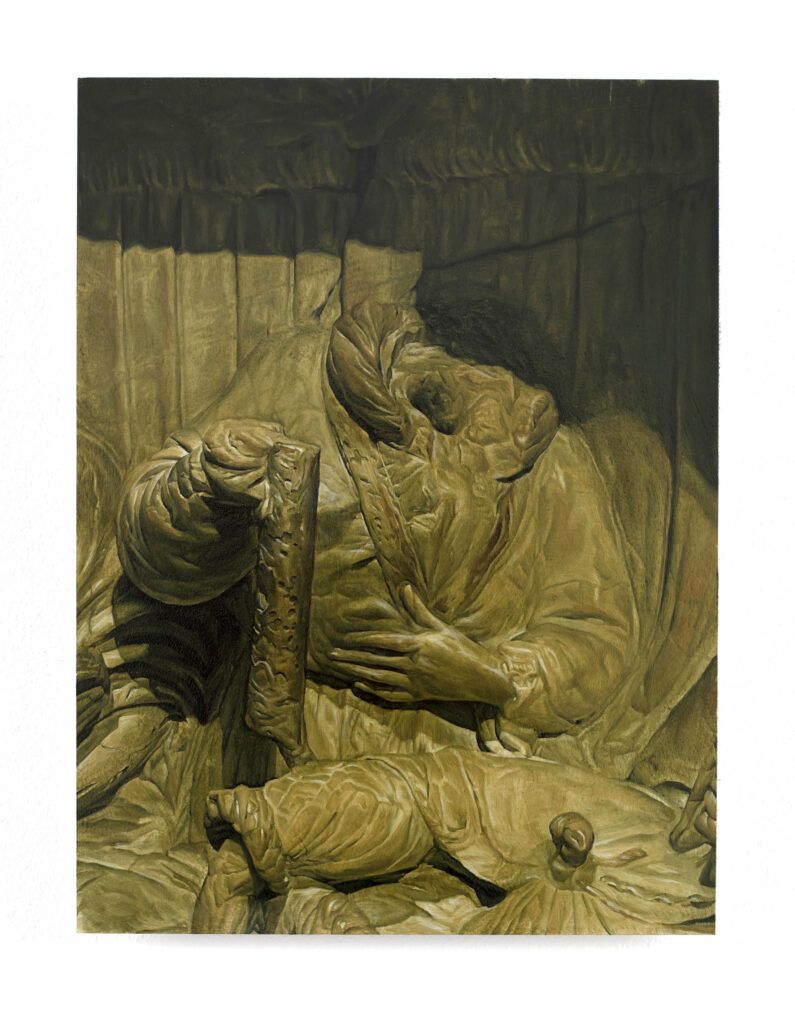 What is the main storyline or mood that you want to express?

There is no storyline. I used to work in comics a long time ago, writing and drawing my own stories. I love that art form, but little by little I started longing for something more abstract, an expression relying more on pure emotion through form and color than a narrative. I guess I’m creating a world of some kind, a reflection of this one, seen through my own lens. But it’s a world without rules or straight storylines.

Are the characters in your paintings based on some people you have met or know personally?

I often work with people I know as references for the paintings, but I don’t see them as portraits. They are images trying to say something about a state of mind or being human in general, rather than capturing a specific person. I have done commissioned portraits in the past but that’s a totally different thing.

How would you describe your generally melancholic, darker painting style? Who or what is your biggest inspiration?

I think the palette and imagery are very much my own, but I have a lot of references throughout art history as well. Goya, Velázquez, Rodin, Manet, Gerhard Richter, Anish Kapoor, to name a few. Maybe there’s a thread there somewhere. 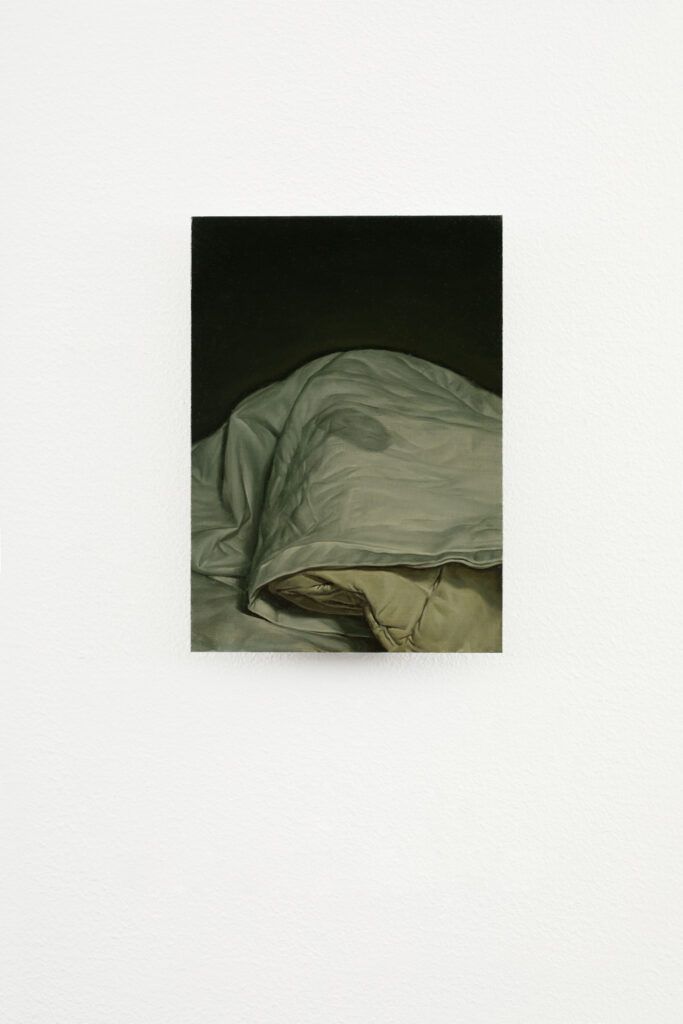 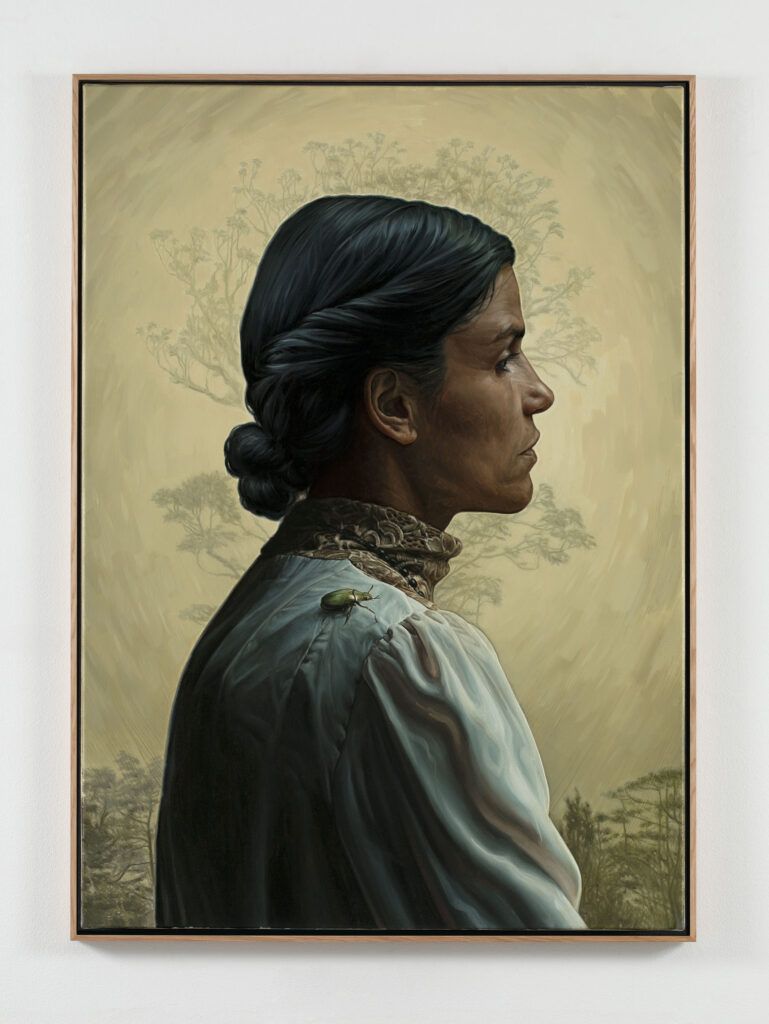 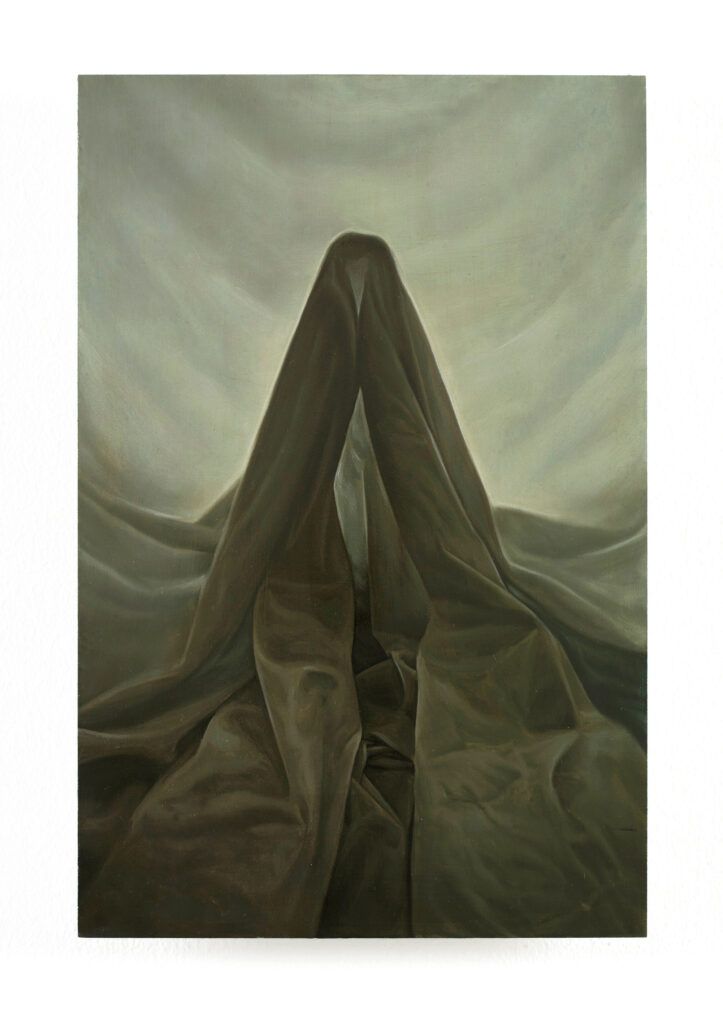 Are you currently preparing any exhibitions or projects we can look forward to?

I’m on parental leave at the moment, hanging out with my daughter, but next year I have two solos planned with Nicodim Gallery in Los Angeles and Union Pacific in London. Very much looking forward to this as I love both galleries.

Our current theme is “Family Business”, so my last question is: how did your family influence or support your art career?

None of my parents really made art when I was growing up, but my dad was very ambitious and a dreamer and my mother had a real talent for drawing, so I think that mix did it for me. Also, my grandmother’s brother, Karl Axel Pehrson, was a quite well-known painter in Sweden and his work was the first image I saw that made me realize one could actually work and live as an artist. He was my starting point.

Niklas Asker was born 1979 in Nordingrå, Sweden. He studied art at Konstskolan Kuben and Örebro Konstskola in Örebro where he graduated in 2001. After that, he studied at Malmö Comics Art School and worked in the international comics scene for 8 years. During that time, his own graphic novel Second Thoughts has been published in 6 different languages, and he has done work for a number of different publishers, including Random House Books in New York.

In 2009 he started painting again and after being accepted into the Liljevalchs Spring Salon in 2011 and 2012 he started exhibiting regularly in Sweden and abroad. He has also worked with public commissions, the largest one decorating a 240 m2 pedestrian tunnel in Vellinge, Sweden.

After years of black-and-white illustrations, Alfred Pietroni found his medium in 3D sculpture. His digital fashion collections now span dozens of looks that hark back to Y2K video game aesthetics while envisioning the future of dystopian fashion. Today, Alfred goes into his process and discusses Exile, his fashion brand in the making.
fashioninterview
TOWARDS TERRA
Read more 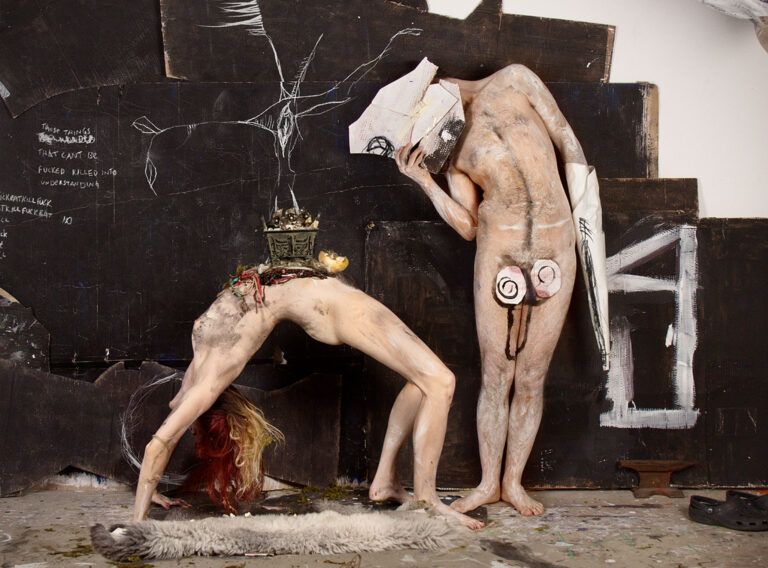 THE TRIALS OF FLESH

Sessions always involve a lot of laughter. I mean, it's ridiculous what I ask people to do.” DLLCOPE, a self-described “gatherer of bodies, brains, skin, and paint to make images and sounds”, is a Canadian-based artist creating raw diorama-inspired compositions of bodies, paint, and DIY props.
photographyinterview
FULL OF DESIRE
Read more 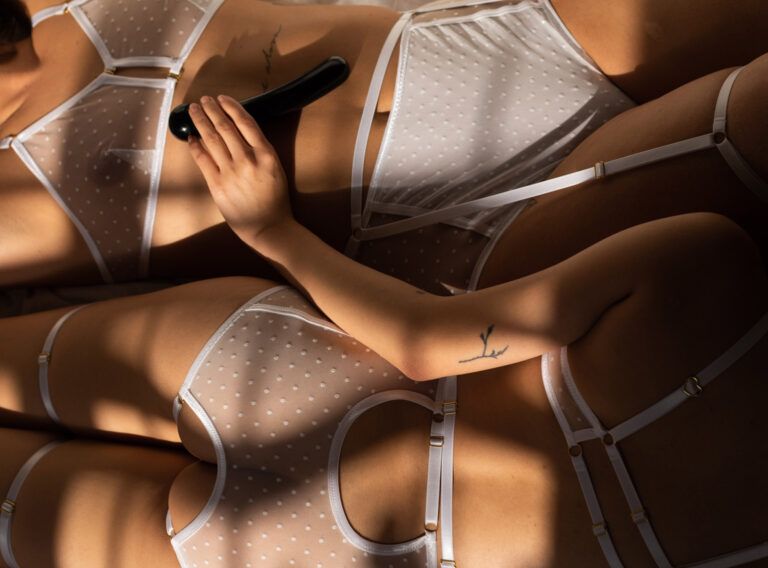 SUBTLE IS THE NEW HOT

Czech lingerie designer Karolína Černá's signature product are “crotchlessky”, or, as the name suggests, custom made-to-order lace crotchless underwear. Unsatisfied with the quality and the lack of non-vulgar and tasteful aesthetics in this particular niche lingerie field, Karolína set out to change the game.
fashioninterview
FULL OF DESIRE
Read more

“The nudity is not sexual, really. But it is physical, it is tangible.” Marie Tomanova’s intimate photographic vision has launched her into the international spotlight. In today’s feature, Marie discusses the experiences and inspirations informing her unique work, perspectives and recent book.
photographyinterview
FULL OF DESIRE