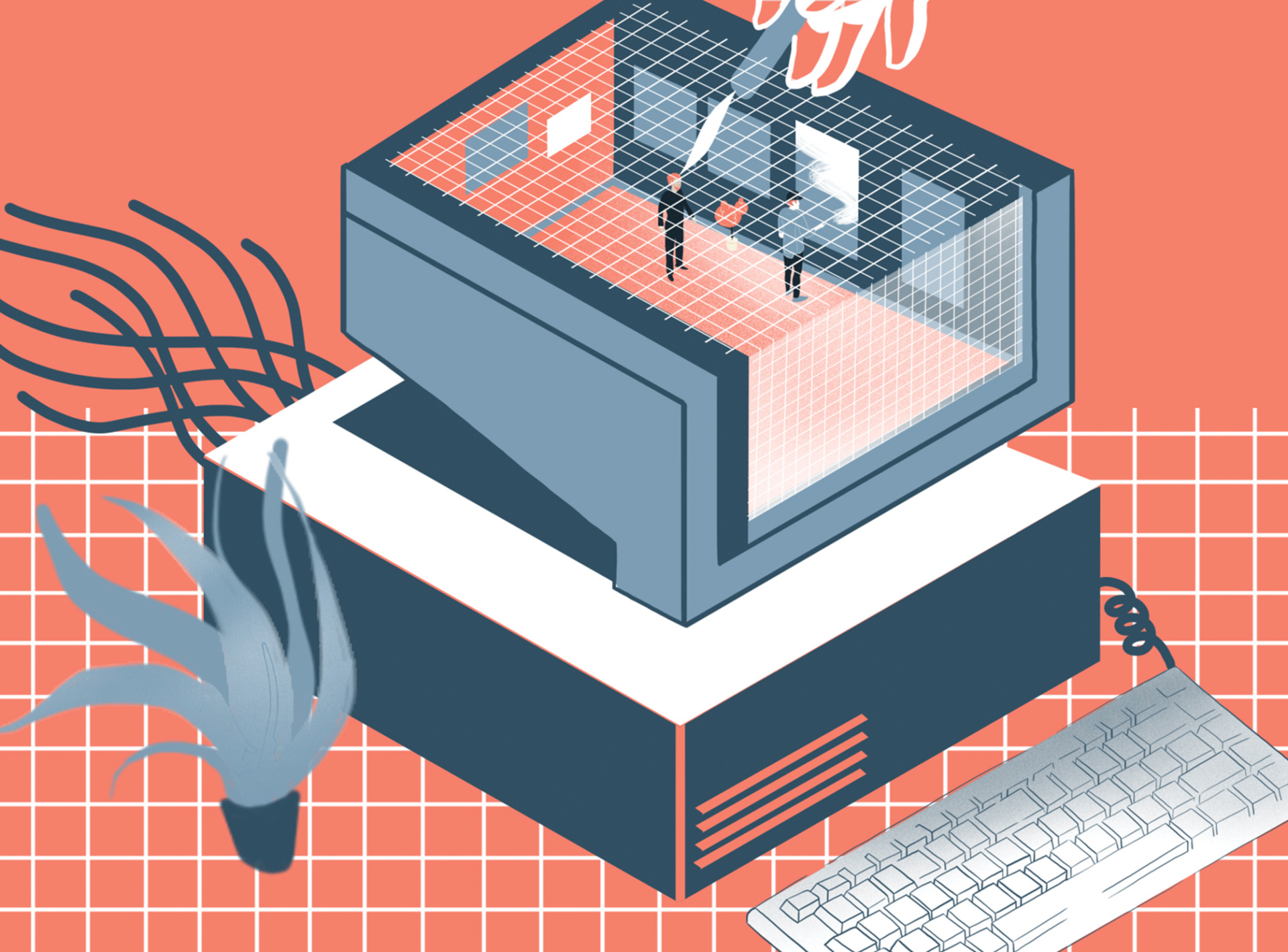 The cult computer game Second Life became an icon of the new digital era. Nevertheless, each era comes to an end, which holds true twofold in the age of exponential acceleration of technological progress. Twenty years after its release, I’m sitting at the computer and pondering how this world functions now. I’m clicking the install button and after endless waiting, a new world starts to unfold in front of me. A world awaiting its end.

The coming of web 2.0 opened worlds that could only be dreamt of by previous generations. The 90s brought Active World and the turn of the millennium saw appearing on the displays of better performing hardware Second Life, a cult game that didn’t and till this day doesn’t have a suitable rival in the gaming universe. A complex virtual world with the possibility to start anew, without social, demographic or physiological predestinations. Denying the laws of society, gravity and space-time, and creating a new identity under an ultimate avatar. To swap our decrepit bodies for ageless virtual vessels. These possibilities were so new and intangible they’ve exceeded the imagination of most users by far. And so people still remained people there and Second Life became a virtual replica, a parallel space-time bubble of the ideal projection of our world.

A lot has changed since the first login and the game, which (as one of a few) isn’t based on competitiveness, itself started to fight for its very existence. From static hardware we’ve switched to smartphones and tablets, and the fascination with virtual reality was replaced by intuitive usage of AR. As an open-source system, Second Life doesn’t have sufficient support on mobile-phone hardware – even despite outdated graphics, it needs fairly high computing power to be installed and played. The game’s transformation for contemporary technologies and in a way the users came to like it would be too difficult. And so the creators left it suspended in a timeless vacuum as nostalgic debris of old and known abandoned structures. It became an archive of memories of a world remembered just like the players want it to. 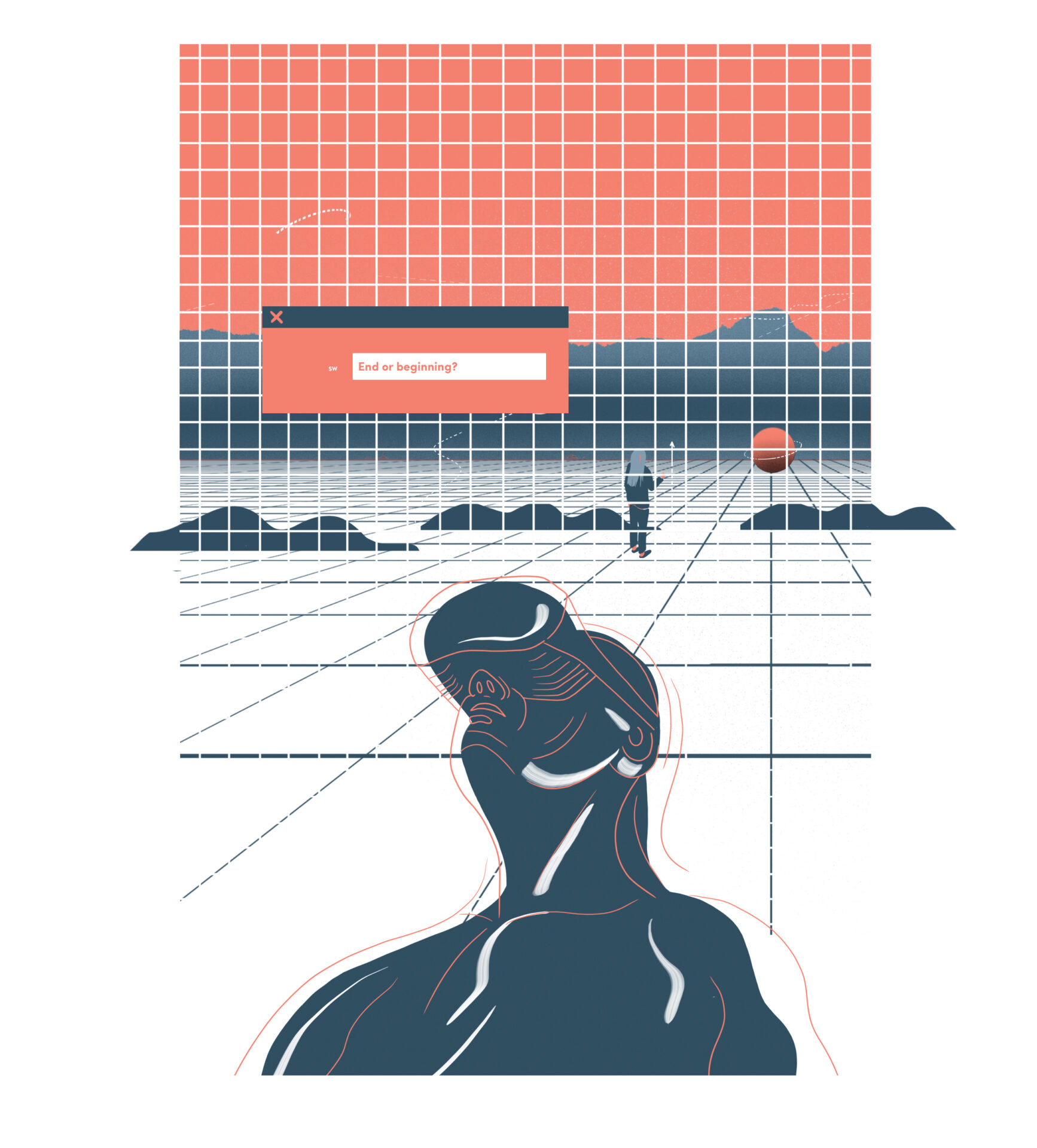 Seaside sprint on a treadmill

Despite its current state, Second Life plays an interesting role in the first decade of the 20th century regarding merging reality and visualisation. People learn how to live in two worlds at the same time and to connect them intuitively. Artists from all fields begin to test the boundaries of both worlds and to utilize the possibilities that reality doesn’t offer. In there, Paul Sermon establishes a research hub, producing experiment such as Liberate Your Avatar, Urban Intersection or Mirror on the Screen, an artist under the pseudonym of Mahatma Ganthi spends 26 days walking across the island with the help of a specially constructed treadmill, which he uses to propel his cybernetic alter ego, and Adam Nash with Christopher Dodds and Justin Clements build the Tower of Babel as an ancient mythical narrative projected into the unprecedented new world. Between 2008 and 2009, Second Life cooperates with ISEA (International Symposium of Electronic Art) on a series of projects called Critical Works. Based on the art projects coming to life in this world, ISEA leads interdisciplinary discussions about virtual creative praxis. Huge potential and many new questions.

Even though artists have accentuated various disciplines in this space, performances took home the greatest impact. Events oscillating on the edge of both worlds could be considered research projects. Eva and Franco Mattes, aka 010010110101101.ORG, founded their own gallery in 2007 where they, in real time, realize performances appropriating the most renowned events of the 60s and 80s of the last century. Therefore, the visitors can have a first-hand experience of performances they perceived as a part of the history’s current so far. When the merging of graphics and the omnipresent visual mistakes comes into question, the events gain an entirely new context – objects solid in the real world become fluid, blend in and out of the body of the avatar who moves through them, which creates a conglomerate of the avatar and surrounding objects. The artists experiment with the limits of the virtual body and, at the same time, create an unprecedented spectator experience.

The Grand Canyon and the lo-fi renaissance

The glory of the first decade was replaced by the pervasive strangeness and inappropriateness. Progressive performance faded into the background because they depleted all potential. Projects that stayed never had any potential to begin with but, with their nature, exceeded the author’s original intent. The saying that reality doesn’t have such good graphics as 3D definitely doesn’t work here and, without staying on top of things in regards to global visual culture, the common users have a hard time accepting that. It almost as if they were trying to smuggle a bit of “real beauty” into the lo-fi world. On the brick walls of the Great Light Gallery, between swaying dream catchers and peepholes into a virtual park, hang real depictions of sunsets over the Grand Canyon. Pictures of forests, mountains and lakes in hi-res alternate with badly mapped structures of virtual plants and the flat custodian standing in front of the windows. Under the moonlight of interactive lanterns, the Renaissance Gallery introduces the works of the greatest Renaissance masters and the repeating patterns on the marble walls of the Ansel Addéms Gallery display macro shots of flowers and butterflies in diverse historic frames. It’s as if the apocalypse came and Second Life became the only archive of fragments of our real memories, the legacy for future generations. A legacy fallen into the hands of incompetent archivists.

A party where nobody dances

The meaning of visuality this social platform offers changed the same as the whole nature if it. From the fascination by the first users to intuitive use and looking for the limits of virtuality, it progressed into the phase of vacancy. Nevertheless, a gaming world abandoned for twenty years has more in common with contemporary philosophical issues and visual culture than it might seem. The dystopian feel of empty space, music playing from nowhere, abandoned houses in which the ceiling lamp illuminates an unfinished chess match, the script of a barman shaking the same drink for 20 years… Un uncanny world where everything runs as if its inhabitants never went away.

The graphics with all their gaming bugs (walking within a wall, deformation, etc.) are so old they gain a nostalgic touch that is getting recycled in current visual trends. The moment the graphics were replaced with more quality execution bled into a phase where all its limits and admitted shortcomings could make it cool again. Contemporary artists unknowingly appropriate a world they never inhabited. Second Life becomes a lost place that lies in wait for either rediscovery or definitive damnation. 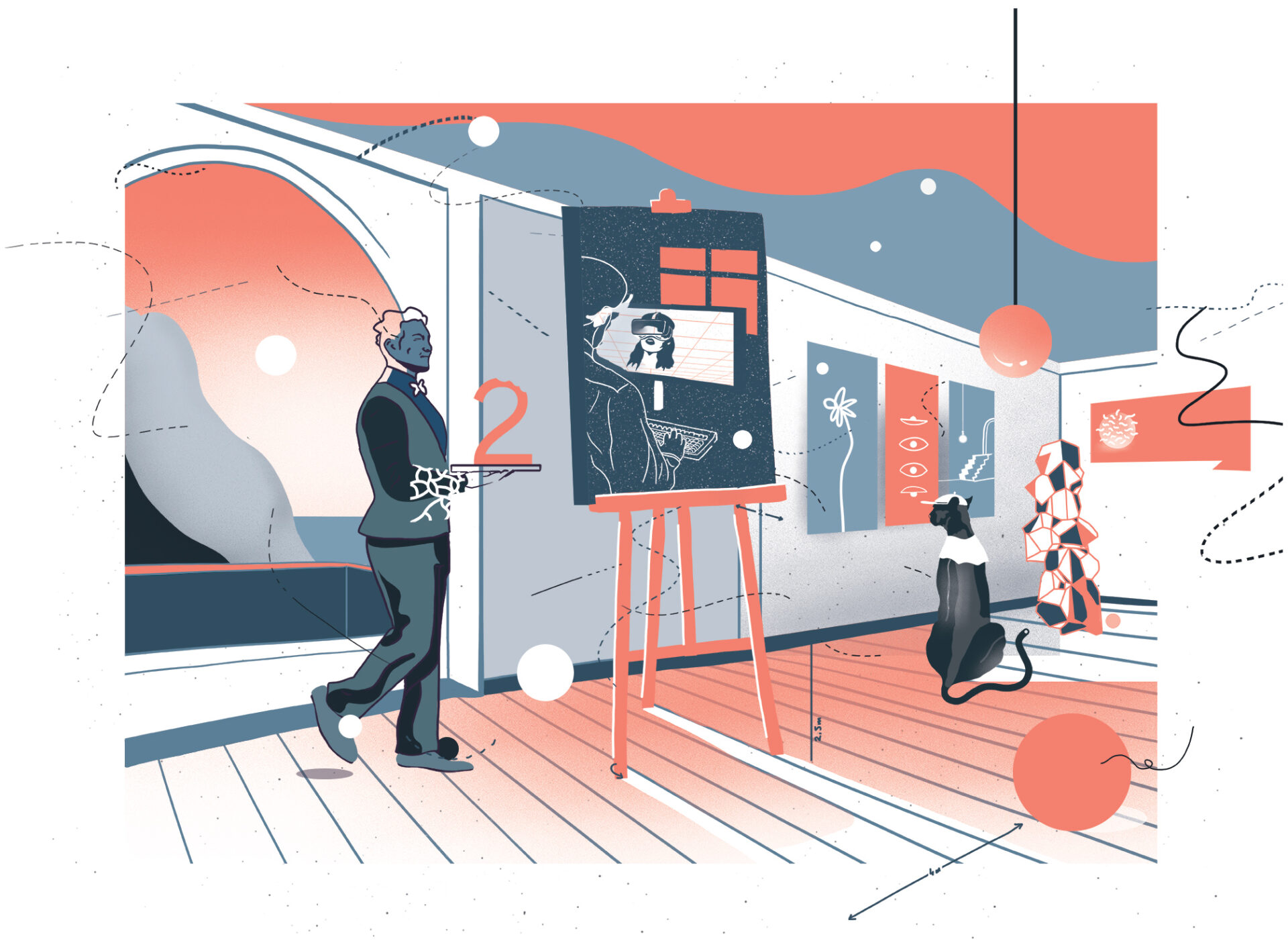 The end or the beginning?

Second Life is an old structure and could only hardly catch up with the technological progress of the last twenty years. Since its launch, it underwent three phases and now fourth awaits it. This phase will decide its existence. It can never live to see actualization while maintaining its current looks, so it aimlessly floats through the online space. According to Zdeněk Svejkovký, who focuses on abandoned virtual worlds, it will stay as a nostalgic shelter from real, fast-paced technological transformations and one day, it will be simply unplugged by its creators. But what if the time has come to resurrect it once more and repopulate with a new generation? To enjoy its inappropriateness and visual stimuli, accept it with all the bugs, tune into the slow upload and with it slow down our real lives?

Text / Barbora Čápová is currently finishing her doctoral studies where she pursues transformation of contemporary visual culture within the scope of digital technologies. She looks for interdisciplinary intersections between art and journalism. The VICE magazine hosted her own social documentary section and she further contributed to magazines such as Material Times, Czech Design or Artalk.

Illustration / Kuba Ferenc, Poland based illustrator and graphic designer. Enthusiast of the good music which constitutes the inseparable element of drawing. Each illustration is a new challenge to which he approach individually without limiting himself. Effective pursuit for the perfection. More artwork on his websites HERE.