POST–SOVIET: OTHERNESS AND THE AESTHETIC OF DISAPPEARANCE

Why is it that our Instagram feed and fancy farfetched wish-lists are suddenly flooded with Cyrillic adorned football wear and brutalist repurposed cold war buildings?
fashionwords

Considering the post-soviet condition requires an amount of elaborate introductions. With the collapse of the Soviet Union in the not-so-long-ago late ‘80s and early ‘90s, came a set of new rules and power-structures regarding the political state, international relations, trade, art, fashion, culture, TV-commercials, greasy junk food, game show hosts, and office attire for hostile bureaucrats. Some 30 years later, the term ‘post-soviet’ started making its way into the overly-saturated western continental canon, triggering a series of new questions that spiralled through the creative industries. Paul Virilio first introduced the concept of The Aesthetic of Disappearance in his namesake 1980 work, discussing how subsequent waves of technology gradually turn even smaller, discreet, and naked to the human eye. Bringing these pieces of the puzzle together enables new perspectives around the so called ‘post-soviet’ aesthetics, in all their inter- and trans-medial glory, finding their way into the ‘mainstream’ while alluding to the construct of the Other, as well as to its unavoidable correlation to the invasive power of data. In other words – why is it that our Instagram feed and fancy farfetched wish-lists are suddenly flooded with Cyrillic adorned football wear, brutalist repurposed cold war buildings, lavish underground stations, chaotic midday raves, and retro-futurist electro video clips.

Gosha Rubchinskiy went to just Gosha in a split second, Demna Gvasalia from the unspoken secret of the cool kids to the fanciness of Balenciaga in about a minute, while an abundance of emerging relevant designers, brands, and collectives started sprouting all over the place in a good week or so. Archive accounts on Instagram made us obsess over black and white retro pictures of abandoned concrete buildings, movie theatres, and power plants. Biennials, Triennials, and various other art festivals and exhibition formats quickly spread across many of the so called post- soviet countries and have earned international recognition. The rich history of an array of different countries, peoples, languages, and traditions serves as the perfect background for the rapid emergence of young creatives.

The term is a nightmare of its own and can easily be misinterpreted or misunderstood. As it came into play in cultural, theoretical, political, and art history disciplines after ’91 and the dissolution of the Union, it started functioning as an umbrella term, referring to a vast geopolitical region, from the top of the Baltic sea all the way to the bottom of the Caucasus region and deep into Asia, which can easily lead to unfair generalizations.

Falling in love with the post-punk aesthetics of hardcore street-wear, like those early Vetements pieces referencing communist iconography, or the too-cool-for-school but kinda the normcore versions of what your dad would wear for those precious family fieldtrips on a hot summer weekend works by Sputnik 1985, and the vision of Lotta Volkova, is easy. Emerging directly from the death of the Hipster (RIP) and the tease of the short-lived dad style that took New Balances and fanny packs out of the grave, the collective unconscious was yearning for the Meta commentaries and ironies of a new generation. The lost art of eye-rolling and ‘I’m better than this’ kind of finger-snapping sarcasm came as nothing less than a breath of fresh air.

Yet the cultural significance from a critical point of view, regarding the way this expansion took place, makes the case for an almost politically charged approach. The process with which shifts like that transcend national borders and clearly defined geopolitical areas has become even more perplex and subtle, making it even more difficult to understand, both them per se, as well as their undeniable socio-economical and historical impact. In other words: is it possible that the way the archaic and long-exhausted western canon suddenly decided to ‘discover’ something new and exciting – almost ‘exotic’ one could say – in the face of the so called emerging post-soviet aesthetics, which by extent simply replays again and again classical colonial attitudes of the rich white west gazing down an aestheticized version of the communist east? Or could it be that the tables have turned and the new up and coming power hazards that are the millennial generation from countries like Russia, Ukraine, the Baltic region, Georgia, Belarus, Poland, and good chunk of the Balkans, are addressing their past with their own terms, proudly raising a Cyrillic middle finger to a snooty wild, wild west?

The state of the information society favours an intelligent, rapid exchange mechanism, which floods our everyday lives with an absurd amount of data that flow through our Facebook feed, Instastories, newspapers, hopes, and dreams. Perhaps even more than ever, the human mind lies bare in front of the most wonderful chaos of information to such a degree, that it becomes an unbearable burden.

And this is exactly where the two come together. The generation of over-sharing, ‘send nudes’, and buying followers on Instagram lives and breathes within a nexus of ever-changing and evolving data dominance but has somehow found a way to make it their own. Finding its place within the cracks of a network and demanding to work as an active participant rather than a passive viewer, they conquered the algorithm and broke free. Using social media to emerge the scene from a place, that traditional western-canonized discourses used to marginalize to the realm of the Other, they didn’t settle for a piece of the pie that was handed to them, but baked it from the scratch. And its vegan, gluten-free, and filled with tinny little middle fingers. A story about the fight to break a norm, owing up to the motive of international vs. local and reversing the rules and power structures silently hiding underneath.

Even though it’s a question one cannot answer so easily and with such absolute terms, and even though colonially-charged motifs will unfortunately always haunt our cultural industry and collective unconscious, the current stream of this emerging new ‘Post-Soviet’ generation could mean the beginning of a new way of standing up against the centre – or in other terms, repurposing its boundaries and limitations.

The ‘Others’, contrary to popular belief, found out exactly what was assigned to them as that almighty ‘Otherness’ quality, broke it down into million little fragments of history, traditions, technology, coding patterns, data, and wit and questioned whatever was supposed to make the eye of the beholder a somewhat unquestionable power.

Or, with the warm soul and sharp tongue of Akhmatova’s voice in mind, one’s bound to come to the following conclusion:

“You will hear thunder and remember me, and think: she wanted storms. The rim of the sky will be the colour of hard crimson, and your heart, as it was then, will be on fire.”

Creepyyeha, the lingerie brand founded by Yeha Leung, specializes in tantalizing pieces made to measure and pleasure. We sat down with the designer to find out more about her beginnings and how her approach has changed throughout her career for you to read before ordering your very own pastel leather pieces.
interviewfashion
FULL OF DESIRE
Read more 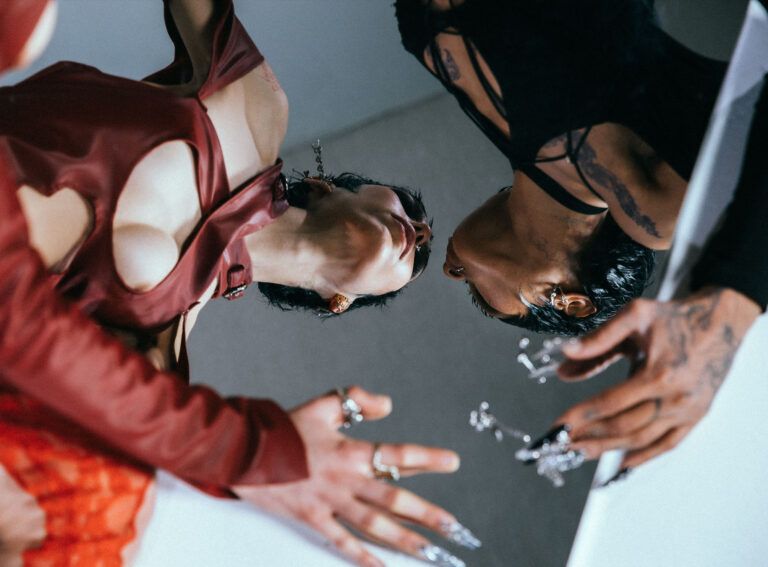 LACE AGAINST THE MACHINE

When you grow up around the idea that feeling comfortable in your own skin as a woman is frowned upon and despicable, rebellion is just a thong away. Predominantly lingerie designer Shangrila Jarusiri, the owner of the Maison Shangrila brand, talks to SWARM Mag about Southeast Asian childhood, punk rock and sexual liberation.
interviewfashion
FULL OF DESIRE
Read more 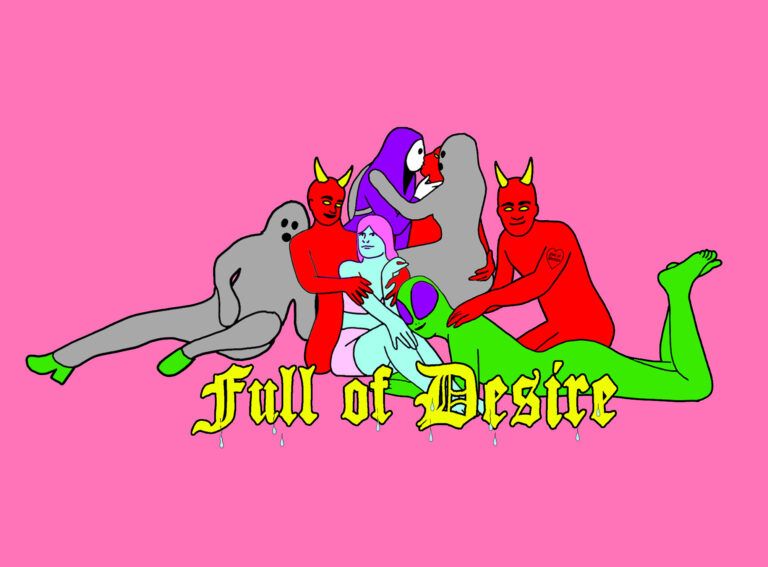 Dangling over the chasm of jealousy, basking in the burning flames of scorn, sneering down at love from an intoxicating cloud, there lives Desire. Our third theme of 2022, FULL OF DESIRE, takes flight now – and no one is safe for the next three months.
videowords
FULL OF DESIRE
Read more

In her collections, Slovenian fashion designer Lucija Kejzar turns to her roots in a retort to contemporary fast fashion: opting for traditional tailoring techniques, textiles and details, she actualizes garments now only found in museums for the 21st century.
interviewfashion
FAMILY BUSINESS