Causes of Hysteria (2019) is a six-piece series of little crystal sculptures that represent the everyday delights that were believed to cause hysteria in women in the 19th century. In my sculptures, these ordinary actions have literally turned women into captivating objects of science and surveillance. On the contrary, men were diagnosed with hysteria only in very serious incidents. 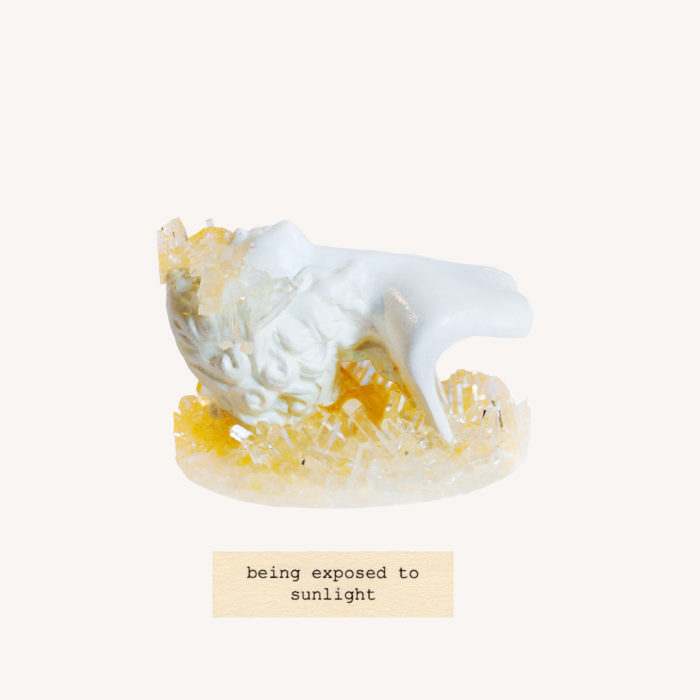 Grand Movements (2015) is a series of two imaginary biology posters that refer to the old drawings made during hysteria examinations in Paris in the 19th century. The posters put original hysteria drawings side by side with fashion poses that are digital drawings based on actual fashion images. The posters examine the uncanny similarities of the women’s poses and merge together two imageries that have been used to define womanhood. 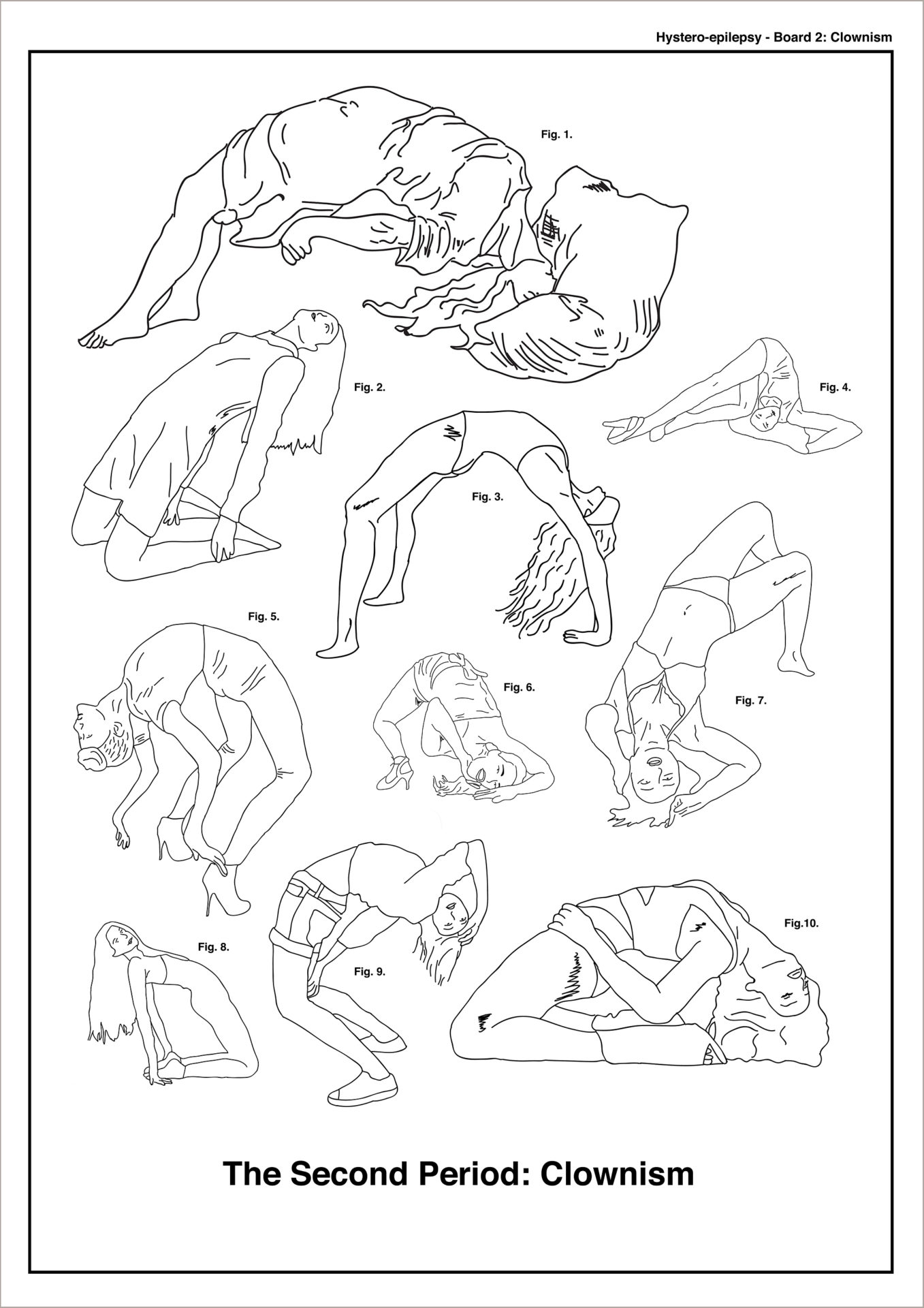 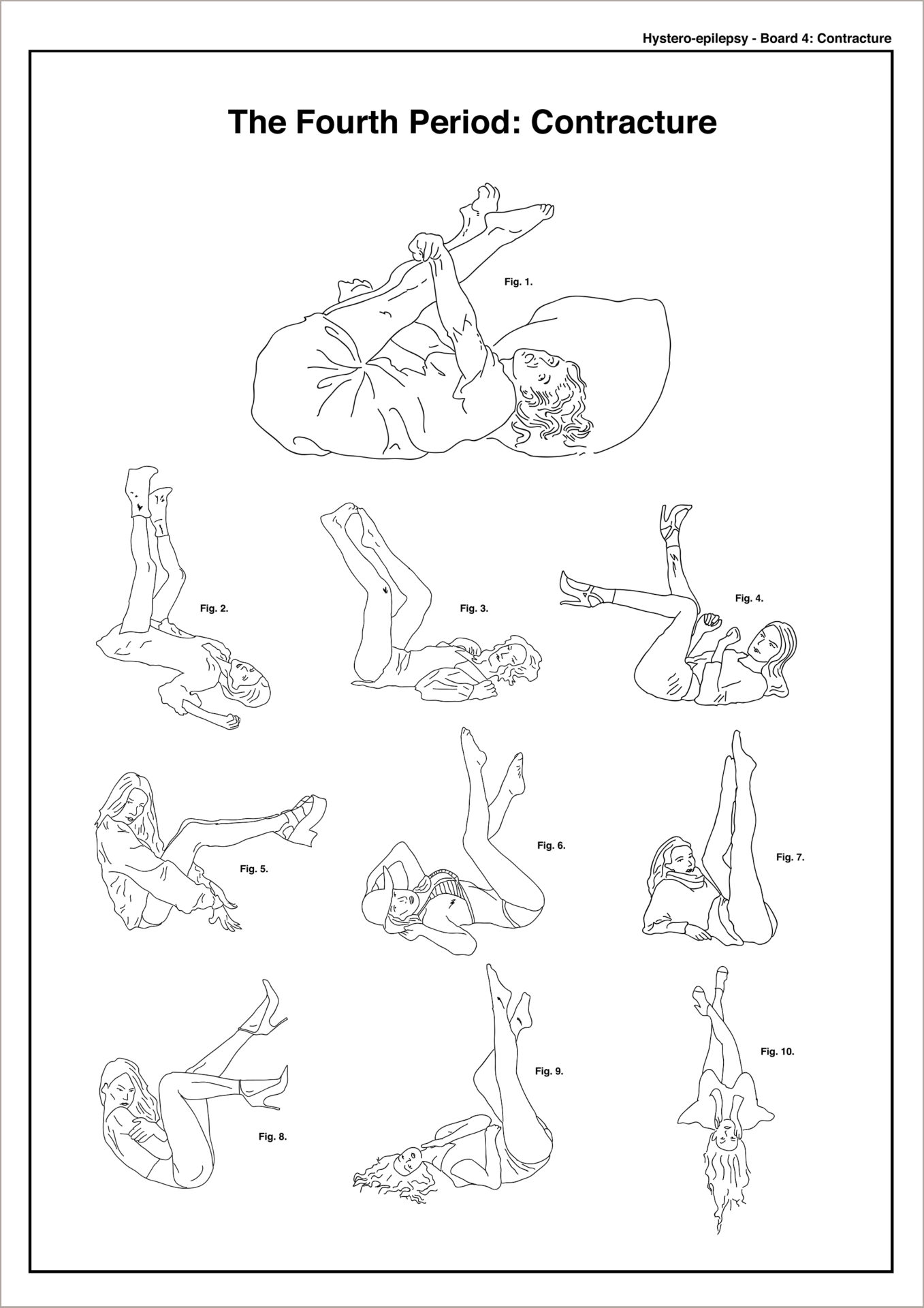 Teaching Photography with Hysterics (2019) criticizes the way photography guidebooks use women as the prime objects of photographs in the teaching illustrations. I have replaced a drawing of a woman in her underwear with another female stereotype of the photographic history: a hysteric. With her illness-related movements, the hysteric is showing the pain of being put in front of the photographic lense against her will. In my series, I replace women and other objects of photography from the camera guidebook illustrations with 19th century medical drawings of hysteria examinations.

Johanna is a Finnish photographer and visual artist. She is interested in the relationship between old and new images and since 2015, she has been focused on examining the images on 19th century hysteria and re-interpreting them from today’s viewpoint.

Through her art and research, Johanna links the famous historical imagery of hysteria with current imageries including fashion photography and contemplates the position of women as objects of gaze in the western image culture. She works with theories of feminist image research and, currently, she is especially interested in women as objects of scientific gaze and how science has contributed to the very limited view of how women are being represented in media.