ZSIGMOND is a sustainable menswear brand from Hungary with a palpable connection to heritage, soil and traditional garment-making, which reflects also in the brand's sustainability efforts. The collections feature remade pieces that are recycled, reversible, sometimes crafted of century old collected folklore textiles or dyed with plant and fruit pigments. ZSIGMOND's founder Dora kindly let us into her world via an in-depth interview.
interviewfashion
WHO LET THE DOGS OUT

Before we get into your brand, what brought you to fashion design?

It started with folk dancing. I was doing Hungarian folk dancing as a child and teenager, which led to a deep fascination with traditional costumes over the years. So, my brother and I started collecting them but I felt that I wanted to do more to preserve our heritage, which has pretty much died out anywhere but a few villages. I wanted to find a way to carry it on but in a modern, urban context, so it reaches people. And that’s how my brand was born.

Would you tell us a bit about your aesthetic influences?

Many places, really. I always look to the past for inspiration, be it old photographs or garments. When it comes to aesthetics, rural landscapes also have a big influence on me. There’s a lot of rawness and darkness in my collection. I love the aesthetics of autumn and winter, like bare trees and dried plants.

What is the founding message of your brand?

Our motto is “Inhale the past, exhale the future”. People often think of the past, and rural heritage in particular, as something stuffy and past its date but the foundation of our future is the past. There are so many values and stories that are worth preserving. 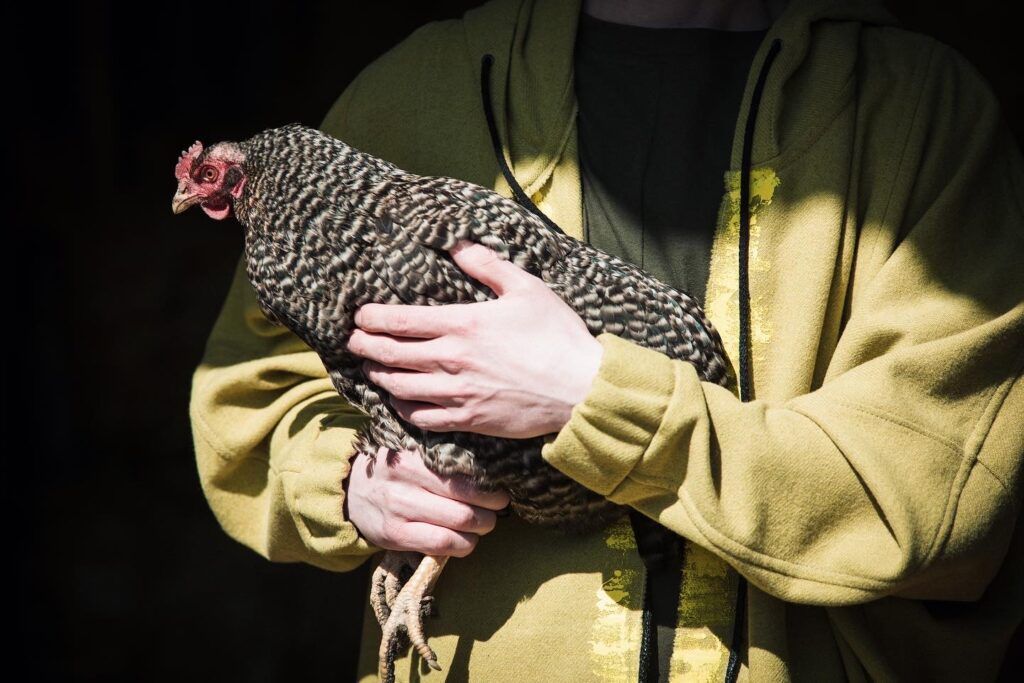 In the past years, what have you learnt about running a sustainable brand that you think is important to keep in mind?

That there is so much more to being a sustainable brand than simply using organic fabrics. Before fast fashion took over, garment-making was meant to be sustainable. So, for me, sustainability comes organically from the rural influence of my brand. For example, I mostly use boxy silhouettes, which is prevalent in traditional costumes essentially because it leads to the least amount of fabric waste. And then even that waste can be used to make something else, which nowadays is called zero-waste but traditionally, that was just part of garment-making. 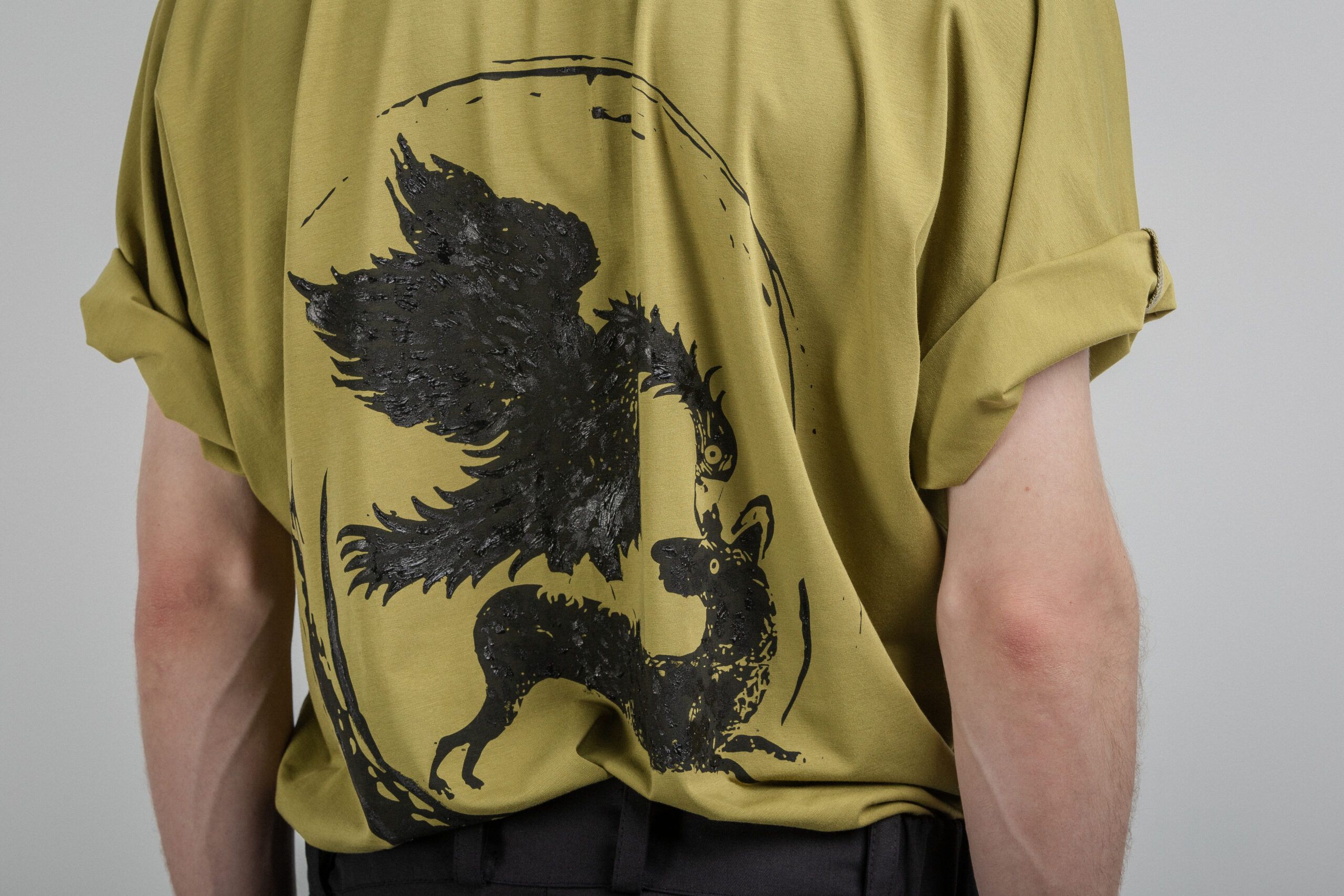 What’s the main idea behind your latest collection?

Both our current AW21 collection and our upcoming SS22 collection take inspiration from past eras of Hungary. The AW21 “OBSCURE” is an homage to the kulaks – landowning peasants – who have been persecuted by the communist regime of the 1950’s, while the SS22 collection goes back to the 19th century manor farms with themes of agriculture and collective unity.

What is the most sustainable way of shopping?

Buying less, to be honest. This is why quality is probably the most important aspect to ZSIGMOND. Each piece we make is meant to last and to be able to be combined with other pieces not just from the latest collection but from past and future collections as well.

What is the big challenge for the studio in 2022?

Staying authentic to our core values while keeping up with our fast-paced growth.

The last question, as per our current theme: what is your soulmate animal?

I’ve never really thought about it before in these terms but our logo is made up of two pheasants – maybe there’s something behind that.

Enamoured by folk dancing, head designer Dora found herself immersed in the world of Hungarian folklore at a young age. Over the years, her infatuation with traditional costumes grew into a profound respect, and by the age of 21, it became her mission to find a way to preserve her heritage in the fast-paced world of today. Thus, ZSIGMOND was born as her reinterpretation of Hungarian peasant culture in a modern context.

The dreamy, fantasy-adjacent creations of French fashion designer Valeriane Venance invite the viewer into the parallel world of sage matriarchs, women often shunned throughout history. In an interview for SWARM Mag, Valeriane outlines what does “indépendantes de coeur” translate into for her, her inspiration journey, and how does one “sculpt a garment to perfectly marry someone's needs and desires.”
interviewfashion
FULL OF DESIRE
Read more

Polish artist Sebastian Janisiewicz explores in his 3D prints and art the realms and abs of hypermasculine furries and hairy bodies. Inspired by video games and online subcultures, with the perfect digitally-crafted pecs exhibited in physical spaces, his work transcends established notions of gender identity on a search for genuine connections with the beholder.
interviewart
FULL OF DESIRE
Read more 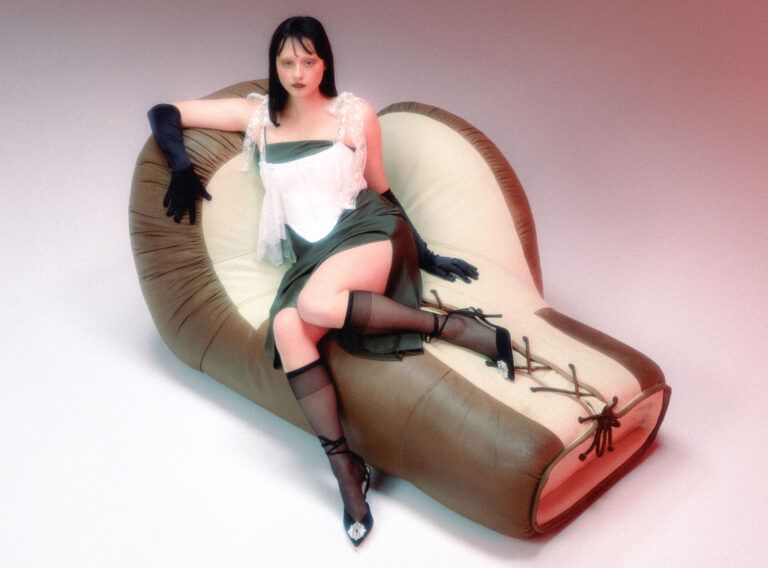 “Many are happy to open up, more than you’d expect, when treated with dignity.” Treat yourself to an interview with fashion designer Klara Marie Bliss, living and working between Prague and Antwerp, on choosing to pursue corsetry, approaching working with bodies, and the archetypes of feminine lingerie.
interviewfashion
FULL OF DESIRE