Most of your artworks have some narrative or look like a movie scene. Do they have background stories? If yes, how can we read them?

There’s always some background narrative in my art. But unfortunately, it’s not a comic. When I say that, I mean you simply can’t understand my narrative just from one artwork. It takes time, because as we know, many contemporary artists today have specific kinds of art and it takes time to understand. There are elements from fairy tales, but also, if you notice – there are some from real-life experiences. You can see some influences from animated movies, cartoons, but also from video games or folk art. I like to keep the narrative open to interpretation. It’s pointless to say that there’s one and only way to understand art. So, I can’t give you the right answer. I see that people recognize my humor or provocations at times, and also many other things like playing with colors, patterns, forms, etc… There’s some kind of dialogue between artworks and people, and artworks also have educational aspects. We can talk about that a lot, but let’s leave it to the artworks to say it all themselves.. 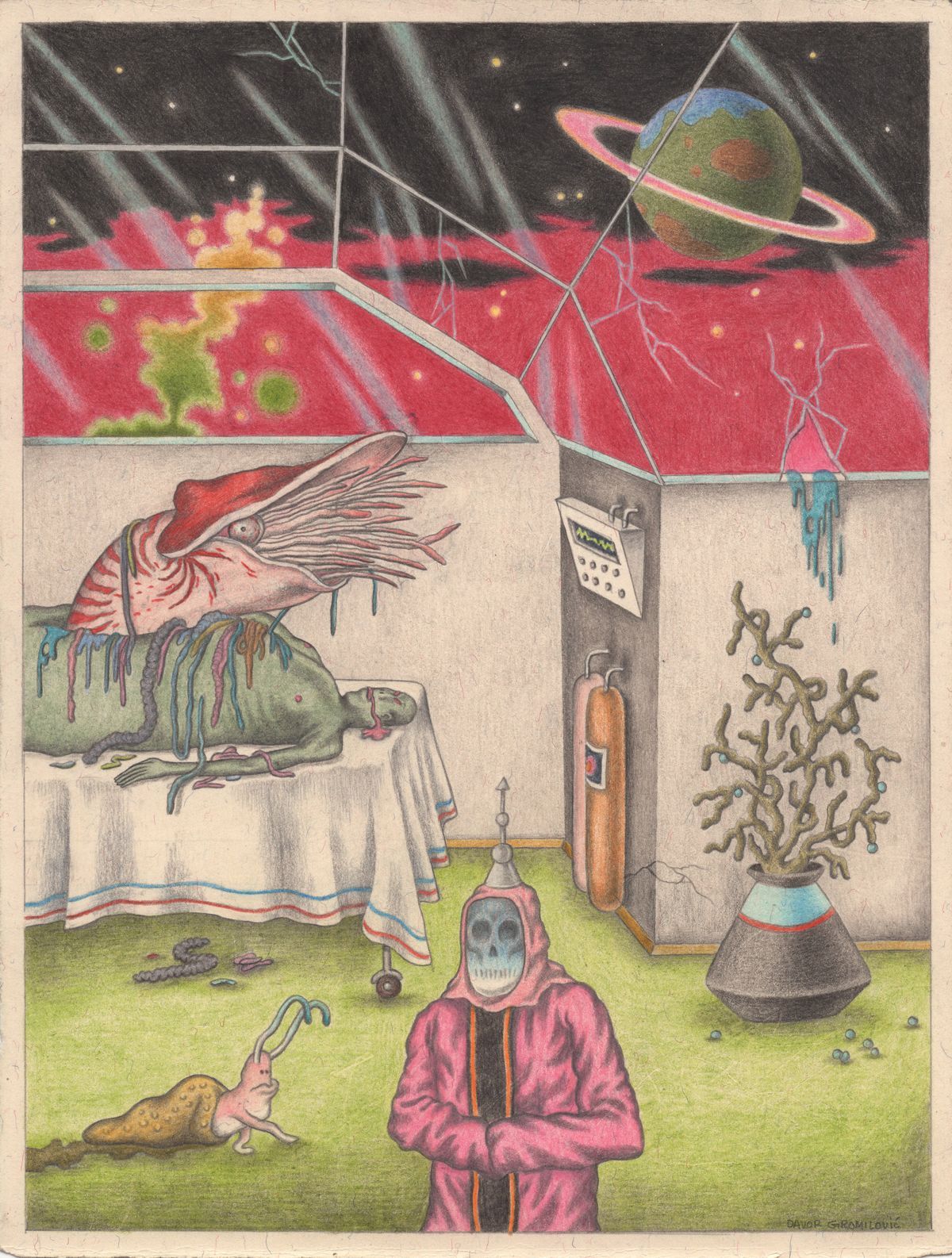 How would you describe your process of creating your artworks, where do you get the ideas for these constantly fantastic creations?

It’s simple. I am that kind of artist that feels best when creating. From an early age, I have been fascinated with how you create the line in the moment when the pen touches the paper or how you mix the colors. It’s still the same feeling today. To use one’s imagination and create something is a process, and I use many different ways to get ideas. Yet, as an artist, you need to use all of your senses. For example, maybe it will be a tone of blue from flowers in your local park on your way to market. Or it will be the nose of a casual passerby… Who knows? I collect what I need to make my art, someone will need something with completely different methods. It all started so many years ago, before my primary school, actually. Similarly, when you roll a snowball to create a snowman, it constantly grows during the play. 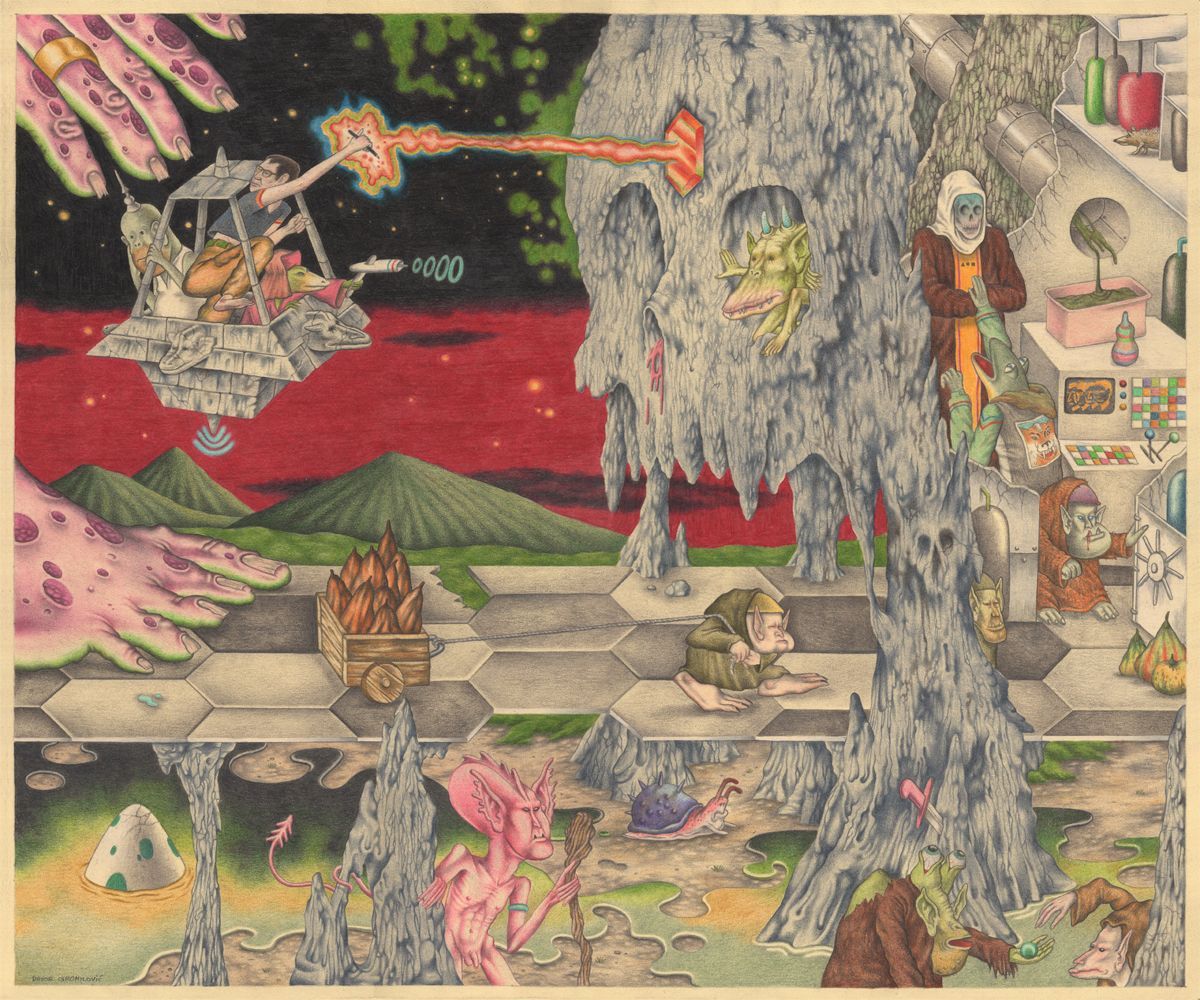 How do you see the future of art? Do you think it will take place mostly in an online environment?

It’s the same with books and records etc… if you remember what some people predicted? I think that now more people can simply follow artists, irrespective of whether those artists exhibit in their area. But you can’t always understand the way of a masterpiece from books either. You can read about that online or watch some documentaries etc. Personal experience and live contact with an art piece is completely something different. As with all kinds of art, it’s not the same experience to watch a live video of a concert and to be at a concert. That’s great, because we can choose. Art is important, don’t lie to yourself.

What type of medium do you use? Is it mostly hand drawing or do you use any other techniques?

I use so many techniques, for example regular pencil, colored pencil, aquarelle, ink, acrylics… Sometimes I make sculptures out of wood or plastic. Few different kinds of prints, mostly oil based, etc. When you get an idea, you need to find what will work best for your idea. Maybe that’s not for the ink, maybe it works better with pencil… you need to ask yourself and to find the answer. I am trying to be open in that regard, because you always learn something new.

BIO /  Davor Gromilovic is a visual artist currently residing in Sombor, Serbia (born in Yugoslavia, 1985).
Although contemporary drawing represents the primary field of his creative exploration and development, he also shows creative abilities and genuine commitment to other artistic forms such as painting, illustration, graphics, murals, art fanzines, etc.
His work is narrative and often inspired by fantastic motives of fairy tales, folk-art, pop surrealism, sci-fi, and even by northern Renaissance-era masters of painting, as well as by his personal experiences and inner world. In his work one notices a dominant use of symbols, his inner world and complex reflections from which he develops ideas and specific intimate aesthetics. Complex, but at the same time purified, strongly imaginative but well-thought-out works adorn this artist’s rich oeuvre.
His work has been published in numerous books, magazines and publications from around the world such as Fukt Magazine (DE), Hi-Fructose Magazine (USA), Le Monde Diplomatique (GER), Brut Magazine (UK), Mondo Zero (FRA), Teros Magazine (USA), Elle Magazine (SRB), Harper’s Bazaar Magazine (SRB), Hey! Magazine (FRA), Lok Magazine (ITA), Symposion Magazine (SRB), Popper Magazine (LAT), Usta Magazyn (POL), and many others. 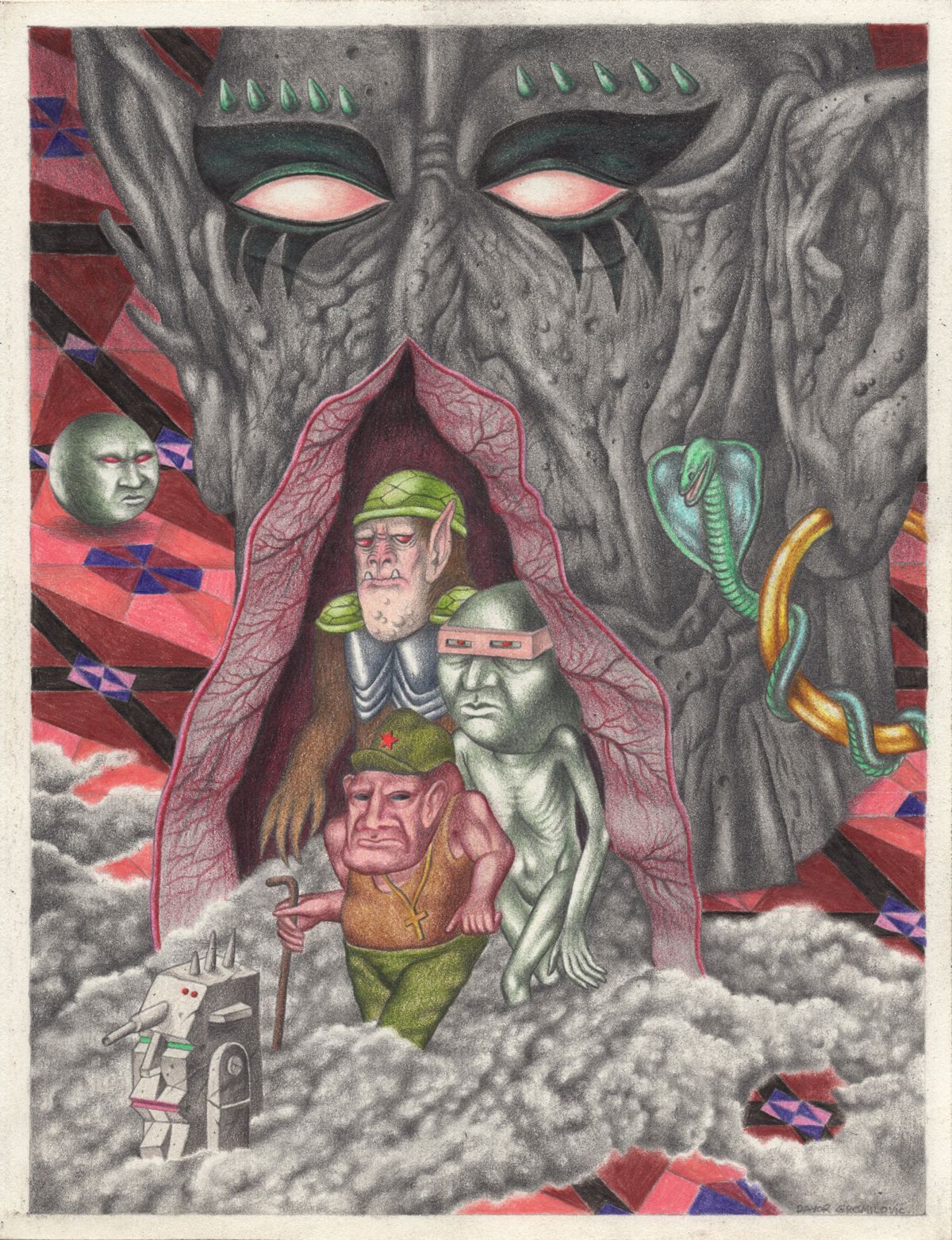 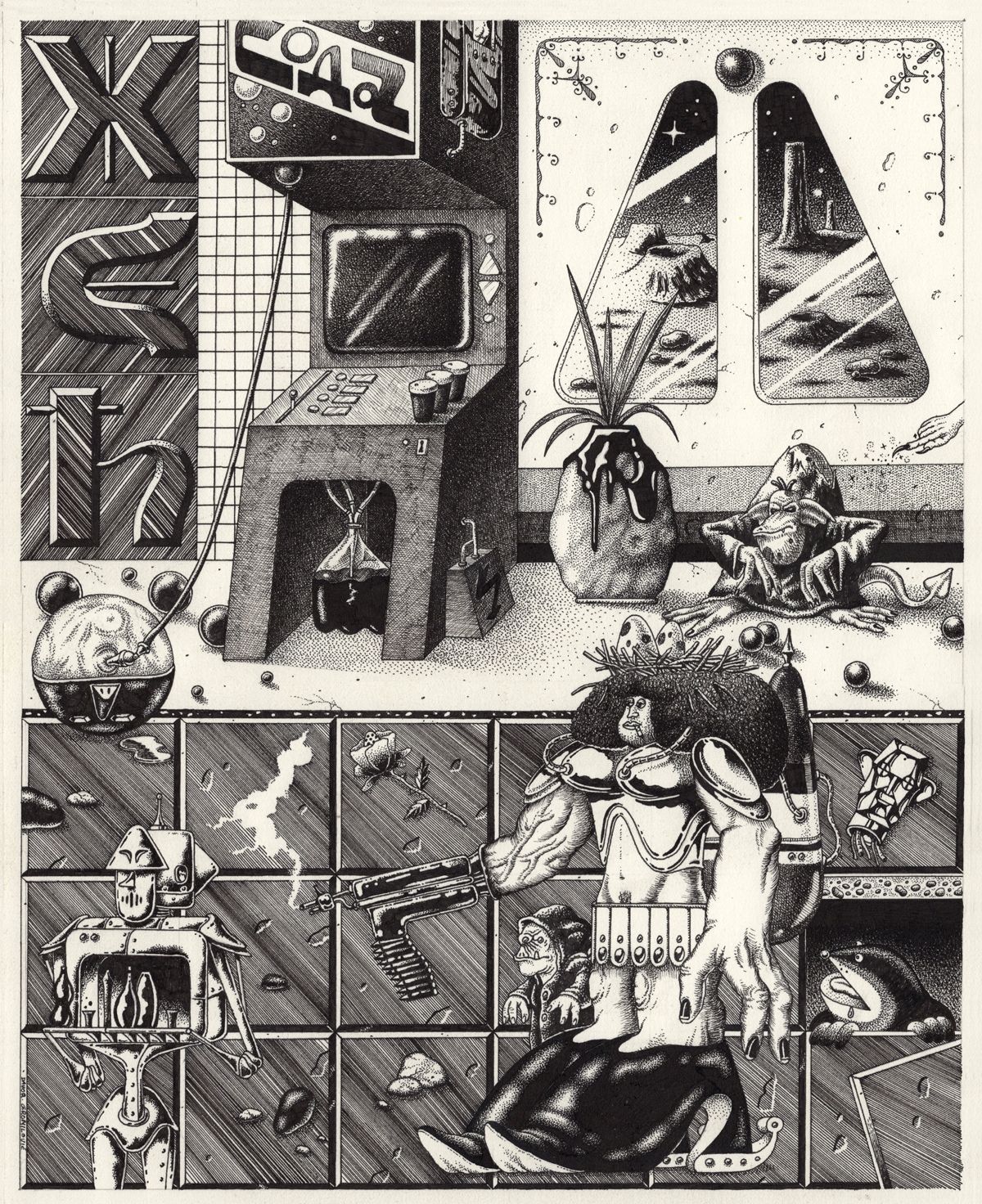