The sense of touch, alongside taste and sight, is interesting to me because it is (at least for now) problematically compatible with the virtual environment. All of these human senses point out to how our corporeal boundaries change over time in relation to technologies. We can transform image and sound into the numeric code but scents, flavours and the sensation of touch are still resisting as if they were the last safeguards from letting the human body completely dissolve in the virtual environment. Smell and taste have the worst position so far. We react instinctively to odours and tastes because they’re connected straight to our emotional memory, therefore, it’s hard to replicate them digitally. In the past, several projects have already attempted to tackle this issue and others are still trying.[1] So, that gave us an attempt at a “smell printer”[2] or even a protocol for scent transfer.[3] A printer that works on the principle of combining basic scents from print cartridges into more sophisticated aromas has its weak spot – if we were to use such a device, for example, in a cinema, the effect would inevitably fail because the smell from the previous scene would still linger and mix with the new one. For the time being, the only solution seems to be utopian-dystopian – a direct stimulation of corresponding brain sections.

Among other things, touch is complicated because we can feel it all over our body, unlike the rest of the senses. And so, for a complete transfer into the virtual world, we would need a device that could somehow encompass us whole. I.e., it would have to work out all issues connected to virtualisation in all of the following areas falling into the Haptics category: Proprioception, Vestibular, Kinaesthesia, Cutaneous, Tactile, Force Feedback.

Even though we can touch the top of a table via a virtual reality glove, the problem is that such a table won’t put up any resistance in the virtual environment. The table will, to some extent, haptically express itself through the glove but our hand will pass right through it in the virtual environment because, prospectively, there’s yet no viable or known technical solution that could stop the hand, says Michael Abrash[4] who works for Oculus VR. According to Abrash, there exists no feasible technical way how to fully transfer kinematics from the real world into the virtual one so far, which is one of the essential steps for reaching the perfect immersion. Also, we still don’t have the corresponding algorithm that would allow for such an immediate interaction in the virtual landscape.

Ivan Sutherland[5] writes in his 1965 essay The Ultimate Display: “The ultimate display would, of course, be a room within which the computer can control the existence of matter. A chair displayed in such a room would be good enough to sit in. Handcuffs displayed in such a room would be confining, and a bullet displayed in such a room would be fatal.” [6] The trouble is that, in the virtual world and with the help of devices able to believably simulate kinematics, we could die. Respectively, we would die in the physical world but death would be caused by a virtual bullet and, subsequently, a device that would enable such a simulation. The design of such a device would also most likely contradict the contemporary designer imperative – to ensure adequate comfort for the end user and prevent any pain or injury. Nevertheless, that doesn’t change the fact that we constantly strive for achieving such an advanced immersion. 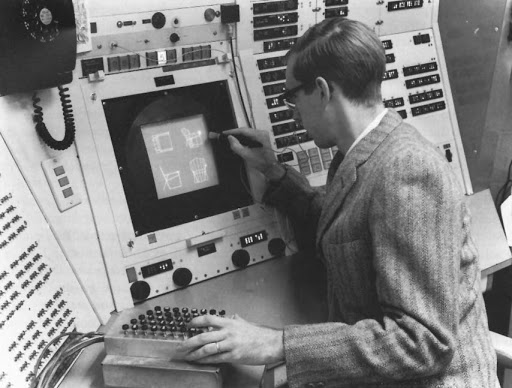 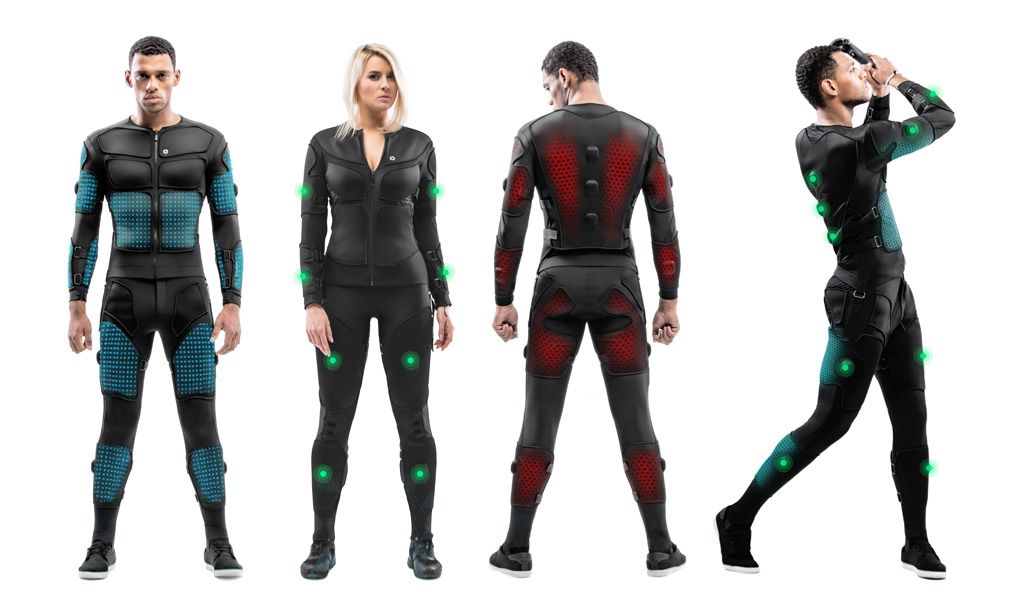 Among the very first attempts at translating a tactile experience through a tool probably belong the early 18th century French experiments with electric discharge, where army volunteers were used to demonstrate the principle of directing electric current through the human body. Or the gadgets from 1887 designated for electrotherapy, working on a similar principle of current entering a body, used as medical instruments for treating various ailments or as educational tools. More amusing seems to be a device called ‘Take a Shock and Look Pleasant’ that was convincing 19th century US workmen that they’ll stop feeling tired after a shift if they insert a coin, grab onto two conductive handgrips, and let the electricity flow through their body. The same approach was later adopted by many an entertaining play machine, which, after a coin insert, tested the player’s bravery and endurance.[7]

The application of electric charge and touch is currently relevant in the context of smartphones and tablets. In 2012, just before the new iPad models by Apple hit the market, there were speculations in the media[8] of a technology that would allow for a haptic response in the displays. The technology was supposed to use piezoelectric actuators to create a so-called haptic feedback layer[9] and was intended to open new possibilities and tools to utilize displays. In the end, Apple implemented the 3D Touch and Haptic Touch technologies with their devices – both functioning a little differently from the original speculations. From the user’s point of view, I think that any haptic button response is still a relevant topic, even though we voluntarily gave it up on our daily devices: “Surface haptics displays have a broad range of applications due to the pervasiveness of flat-screen displays and the need to enhance their tactile communication capabilities. The importance of conveying texture tactually cannot be overestimated in interactive surfaces that are manually explored.”[10]

The essential idea is that any possible evolution of tools allowing for any kind of immersion is exclusively in the intentions of computational capitalism or, better put, it’s the entertainment industry that will determine the scope and extent of these technologies, and how we are to approach our corporeal heritage.

ABOUT THE AUTHOR / Zdeněk Růžička is a Czech graphic designer. He graduated from Graphic Design and New Media at Academy of Arts, Architecture and Design in Prague and Interactive Media Theory at Masaryk University in Brno, the Czech Republic.

[1] E.g. the Feelreal project with the Sensory Mask product.
Feelreal, https://feelreal.com
[2] A tool named Kaori Web was developed by Tsuji Wellness and France Telecom.
Kaori Web: Internet Smell-O-Vision, https://gizmodo.com/kaori-web-internet-smell-o-vision-18646
[3] XML Smell protocol.
MICHAEL, Day. What Does XML Smell Like?, https://www.xml.com/pub/a/2007/02/28/what-does-xml-smell-like.html
[4] Oculus Connect 2 Keynote with Michael , https://www.youtube.com/watch?v=tYwKZDpsjgg
[5] The inventor of Sketchpad – the system for graphic communication between humans and computers. Part of the development was the Sketchpad programme that was groundbreaking in many areas of computer technology. It’s the first predecessor of the contemporary CAD graphic systems.
[6] STERLING, Bruce. Augmented Reality: “The Ultimate Display” by Ivan Sutherland, 1965, https://www.wired.com/2009/09/augmented-reality-the-ultimate-display-by-ivan-sutherland-1965
[7] E.g. an arcade machine called Spear the dragon.
[8] KOSNER, W. Anthony. The „Feel Screen“: The Pros and Cons of a Tactile Interface for the Next iPad (or iPhone?), https://www.forbes.com/sites/anthonykosner/2012/03/24/the-feel-screen-the-pros-and-cons-of-a-tactile-interface-for-the-next-ipad-or-iphone/#56455e033730
[9] Ibid
[10]  JONES, A. Lynette. Haptics. Cambridge: MIT Press, 2018, s. 136–7.
[11] PARISI, David. Archaeologies of Touch. Minneapolis: U of Minnesota Press, 2018.
[12] E. g. various tools designed for genitalia stimulation connected to an online environment, such as the Real Touch project and more.
[13] The Algorithms of Immediate Contact: On Touch and its Virtualizations, https://www.youtube.com/watch?v=Pdn1d-hLHCA